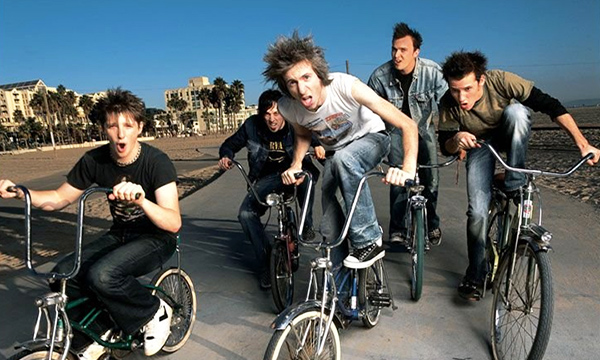 “People go to the gym here in the mornings, we go bungee jumping,” says Tyson Kennedy of Steriogram. It’s hard to take this five member New Zealand rock/hip hop group seriously. Steriogram started out as friends jamming together. Jake Adams and Brad Carter knew each other since they were seven years old. Tim Youngson and Tyson met as teens in their hometown of North Island.

“When you are very poor and there is not much to do in town, well, you go ride the dirt track. We were bike riders together. We’d meet in the middle of the track and we did jumps and all,” explains Tyson. 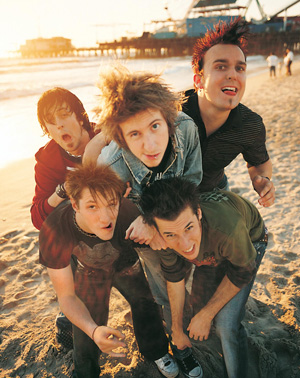 Their debut album, Schmack! isn’t an unheard slang from their country but something the boys came up with. “It’s just a Steriogram thing. Basically works like ‘damn!’ You see a hot girl walking down the street, we wouldn’t say hot damn, but Schmack!” Also the title of their first single, the song came before the name of the album, “We were driving along in a van, throwing ideas of what to call our album and there was a sunset, I remember, and right there we agreed. For years now we couldn’t agree on what our first album would be called. And it just came to us…just like that.”