Swollen Members came back full throttle with their latest release, Black Magic, that hit the stores at the end of last year. With hypnotic beats and soul riveting lyrics, Emcees Prevail and Madchild along with DJ/Producer Rob the Viking, reminds us all what true hip-hop is all about. After touring for three years, Canada’s best-selling urban group of all time realized in order to move forward, they had to look back. “The last time, we got caught up with what other people wanted to hear,” Prevail tells Faze. “Now we felt it was really important to get back to our original sound: powerful words, darker imagery, and examining the contemplative side of life.” Like Rome, the album wasn’t built in a day—Black Magic took two years of experimentation. “We read books, watched films, and really experimented with sounds and lyrics and built on that.” 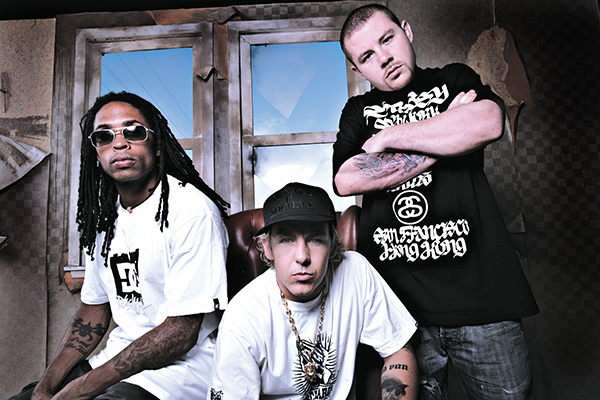