When Friends Want To Die: How To Help Save A Life 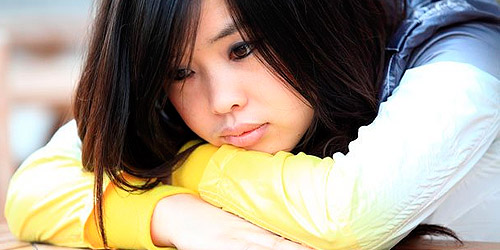 Chances are that you will know at least two people who will commit suicide during their teen years. These may or may not be people who are in your circle of friends. But what if they were — would you know the signs and how to help? 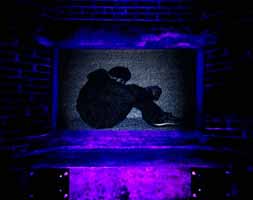 My first exposure to suicide was in Grade 9, when I had heard about a girl in my high school that had killed herself. I remember thinking, why in the world would she have done this?

She was so pretty, and she was popular with the ‘in’ crowd. Furthermore, she seemed to have it all: intelligence, friends, and a cute boyfriend who seemed to be madly in love with her. What could possibly be so wrong with her life that she felt she had no other choice?

I also remember to this day how she did it. I heard from friends at school that she lived with her family out in the country. I was told that she used her father’s hunting rifle and somehow propped it up against a chair in her bedroom and aimed at her head. It killed her instantly. I also remember wondering about how her family, her steady boyfriend of three years, and her friends were dealing with this.

Often the biggest obstacles that family and friends have to work through when someone commits suicide is the feeling of helplessness and guilt for what they were unable to prevent. Yet, a teen thinking about suicide actually puts out several signs or indicators letting certain people know what they are planning.

The greater question is how to notice these signs and how to intervene successfully. Teens who are seriously thinking and perhaps planning to commit suicide are often feeling depressed. An important element to their depression is the feeling of hopelessness. While it is common for teens to experience temporary periods of sadness or mild depression depending on their life situation, prolonged depression (lasting several weeks or months) with elements of hopelessness is an important predictor of suicide.

One of the best ways that you can intervene if someone is feeling hopeless about their life, or about the problems they are experiencing in their life, is to help them reduce or decrease their feelings of hopelessness. You can do this by listening to them, being empathetic, and also letting them know that you do not see their problems as hopeless. 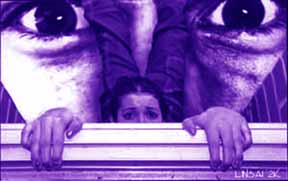 You can do this by listening to them, being empathetic, and also letting them know that you do not see their problems as hopeless.

Pointing out some concrete examples of the positives in their life, the potential reasons for living, and problem solving with them about their options is crucial in helping them begin to think differently about their situation.

The next step is to provide your on-going support while encouraging them to get help. There are many trained professionals, both in the school and community, who can provide supportive and effective counselling interventions that can help resolve some of the underlying problems that create a feeling of hopelessness.

Since it is often extremely difficult for someone to feel hopeful when they are in the middle of a distressing or traumatic situation, this article is aimed at raising awareness about suicide; what to do if you find yourself in a situation where someone you know is talking about it and how to help.

In the vast majority of cases, someone who attempts suicide would choose differently if they were not in great distress, and felt they had the resources to evaluate their options objectively. Most suicidal teens give warning signs in the hope that they will be rescued from their emotional pain; they do not necessarily want to die. In fact, many teens send out several warning signs for weeks—possibly months before they actually attempt to take their lives. 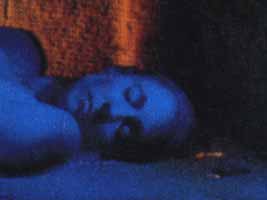 One of my colleagues remembers a schoolmate who committed suicide at age 17. She was a talented dancer who studied at a performing arts school. Although she was an attractive girl, who excelled in her studies, she developed anorexia nervosa because she believed she was ugly and overweight. My colleague remembers hearing that this girl’s friends began to distance themselves, and eventually alienated her as she became more and more negative in her thinking of herself. Her self-loathing eventually turned fatal; one night she wrote goodbye notes to her parents, her siblings, and her dog before taking an overdose of pills.

Signs someone may be contemplating suicide:

1) Isolating self from friends and family

2) Depression (broadly speaking) not necessarily clinical depression, but indicated by behaviour, such as:

3) Talking, writing, or hinting about suicide

5) Purposefully putting personal affairs in order (, e.g.,giving away possessions, clearing the air over personal incidents from the past)

This list is not exhaustive. Signs and symptoms also depend on the personality traits of the individual, your relationship with that person, and their ability to cope. The best thing you can do to help if you suspect someone is contemplating suicide is to ask. Be caring yet to the point. Ask them outright if they are having difficulty coping. You may want to let them know you are concerned and want to help.

2) Do you ever feel hopeless?
Does it seem as if things can never get better? Over half the people with depression feel hopeless. Feelings of hopelessness are often associated with suicidal thoughts.

3) Do you have thoughts of death?
Do you ever think you’d be better off dead? A “yes” indicates suicidal wishes, but not necessarily suicidal plans. Many depressed people say they think they’d would be better off dead and wish they’d die in their sleep or get killed in an accident. However, most of them say they have no intention of actually killing themselves.

4) Do you have any actual plans to kill yourself?
If the answer is “yes” ask about their plans. If specific plans are made and if they have the means to carry out these plans the danger is much greater.

The answers to these questions will give you an idea of how severe the problem is. In my experience, people who feel suicidal are usually quite honest. Ask if they would be willing to get some help or to talk to someone? If the person who feels suicidal is cooperative and has a clear plan to reach out for help, the danger is less than if they are stubborn, secretive, hostile, and unwilling to ask for help.

The key here is prevention. Educating yourself on what signs to look for and being brave enough to ask questions is the first step in intervening. Providing your support and helping that person get help is the next step. Help can begin by speaking to a guidance counsellor or a staff psychologist at your school. You may choose to accompany your friend to the appointment.

Encourage them to be open and honest about how they are really feeling. I also think that there needs to be a level of open communication with the parents of the teen. While all parents may not be able to provide the kind of support and love that their teen needs, many can, and it is important that parents know how their child is feeling. It also becomes far easier for a teen contemplating suicide to get help if those who can help know exactly what is going on.

Finally, if you discover that a friend or a loved one is actively suicidal, and is in need of immediate emergency intervention, bring them to the emergency room of a local hospital. If they refuse, and you feel they are in danger of harming themselves, you can call the police and ask for help. They can bring the suicidal person to the hospital, or in some cases, to an emergency mental health facility where the person is assessed and placed under care.

If the person continues to threaten suicide, he or she may be committed involuntarily for a three-day evaluation in most provinces. Doing this will often anger the person who feels suicidal. However, by bringing attention to the individual and their situation, there is a better chance that they can receive help.

Many depressed people say they think they’d be better off dead; however, most of them have no intention of actually killing themselves. Often the biggest obstacles that family and friends have to work through when someone does commit suicide is the feeling of helplessness. Prepare yourself to help.

Dorothy is a certified psychotherapist specializing in cognitive therapy at her private practice in Toronto, Ontario.