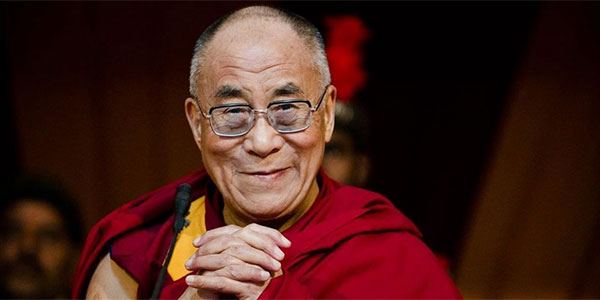 Reincarnation can be defined as a rebirth of the soul in a new body. His Holiness the Dalai Lama, also known as The Buddha of Compassion has been reborn thirteen times. Since the first Dalai Lama, each reincarnation has succeeded in bringing peace and wisdom to not only Tibetan Buddhists but to many around the world.

But how is the Dalai Lama found?

In order to find the present 14th incarnation, the Regent of Tibet took a journey to Lake Lhamo Lhatso in southern Tibet. For centuries the Tibetans had observed that visions of the future could be seen in this lake. The Regent had a vision. Among other things, he saw three Tibetan letters followed by a picture of a monastery with roofs of jade green and gold, and a house with turquoise tiles.

The vision contained enough information to seek out the next Dalai Lama. In 1937 high lamas and dignitaries carrying the secrets of the vision were sent to all parts of Tibet in search of the place that the Regent had seen in the waters. When they arrived in Amdo, they found a place matching the description of the secret vision. So the high lama and a government official along with two servants disguised themselves as traders and found the house that was seen in the vision. There they found a two-year-old boy, Lhamo Thondup. 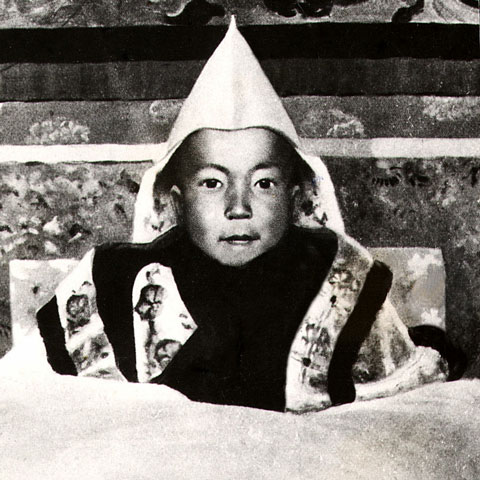 The child soon became comfortable with his visitors and he began to play with a rosary that the high lama wore, which had belonged to the 13th Dalai Lama. In Central Tibet dialect, a language unknown to the district he lived in, the child demanded the rosary, claiming it belonged to him. He later addressed the government official by his proper name and also identified the high lama and servants.

Astonished, the men left the village only to return to apply tests to the child to help determine if he truly was the Dalai Lama. The first test was to identify objects that personally belonged to the Dalai Lamas before him. The child had to choose the correct items from carefully crafted duplicates; items included spectacles, a pencil, a bowl, a walking stick and a small hand drum. He passed the test quite easily. Next, the child was examined for eight distinctive marks of the Dalai Lama. After finding three of the marks the examiners were so overcome with joy that their eyes filled with tears.

There was no doubt in their minds that the two-year-old boy before them was the 14th Dalai Lama of Tibet. 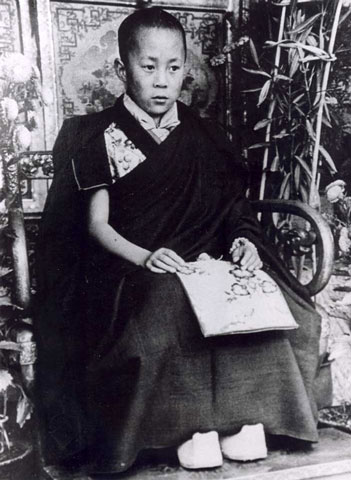 In 1950, at the age of 15, now renamed Tenzin Gyatso, His Holiness assumed full political power but under uncertain political conditions as China had invaded Tibet a year earlier in 1949. In 1959, with the brutal suppression of the Tibetan national uprising in Lhasa by Chinese troops, the Dalai Lama was forced to escape into exile. Today the Dalai Lama still lives in exile and has been living in Dharamsala, north India, the seat of the Tibetan Government-in-Exile since 1959. 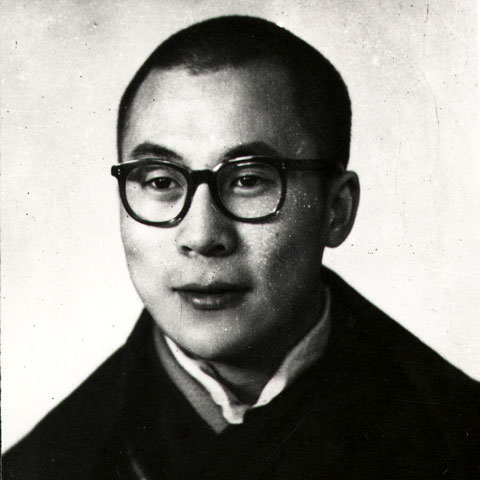 China retains political, economic and social control in Tibet to this day, and recently announced plans to build a railway from China into this inaccessible, mountainous country. Tibetans are justifiably concerned that China is attempting to destroy the Tibetan culture by flooding the country with Mainland Chinese making Tibetans a minority in their own country.

Despite China’s political will, the Tibetan culture is still strong 52 years after the invasion. The 14th Dalai Lama was awarded the Nobel Peace Prize in 1989 for his “peaceful solutions based upon tolerance and mutual respect in order to preserve the historical and cultural heritage of his people.” 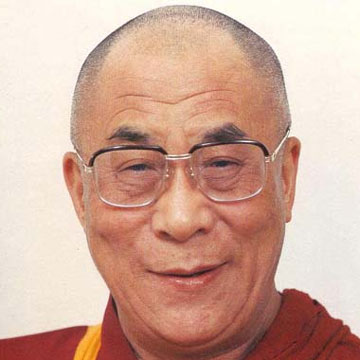 Photos sent by (via post!) and with permission from The Tibet Museum Photographic Archive, Department of Information and International Relations, Central Tibetan Administration, Dharamsala, (H.P.) India, 176215