There’s been a lot of talk about a magic number, in hours, that you need to spend becoming great at something. 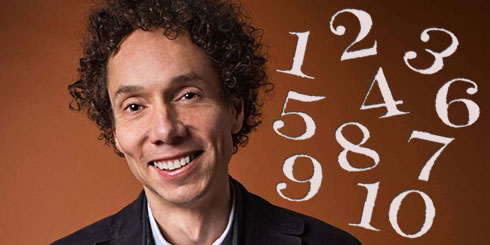 If you’re like me, it easy to get really skeptical when I hear some guru claiming to have a silver bullet to achieving lasting success, be it a magic pill, number, formula, or mantra. However, there is one success formula or ‘magic number’ if you will, that I can wholeheartedly recommend: 10,000.

According to Canadian journalist, author, and pop sociologist, Malcolm Gladwell, who has studied the common denominators shared by successful people around the world, you need to invest 10,000 hours practicing the craft of your dream vocation to reach a level of professional success.

I decided to validate this theory in my hometown of Toronto by asking Aurora Award-Winning Science Fiction author Karl Schroeder about Gladwell’s “10,000-Hour Rule” at a short story workshop he was hosting. He admitted, yes, that was about the time it took for him to reach professional success in his field as a sci-fi writer.

If you were to spend just 2 hours a day pursuing your passion, you’d reach a professional level of success in your field in about 14 years. Given the fact that (according to Nielsen Media Research)the average American spends 5 hours a day watching television, investing 2 hours a day in your dream should not be all that difficult to do.

Now, if you were to push yourself and simply work an additional hour a day (that’s 3 hours a day) notice what a difference your minimal effort would make over time. 3 hours a day would get you to your 10,000 hour mark in about 9 years. Subtract 9 years from 14 years and you would save yourself 5 years of wasted time working on stuff that you either detested or were not fully passionate about to begin with!

I think you see where I’m going with this. It takes a decade or more to become an overnight success.