The Strokes are New York’s garage rock kings that have renovated their rocking ways. 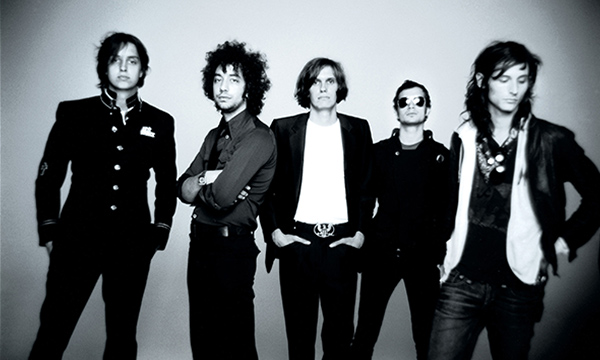 One of the world’s most notorious bands, The Strokes experienced huge hype and success on their debut album, Is This It. Reactions to their follow-up disc, Room On Fire, were less complimentary, leaving fans and critics alike wondering what was next for New York’s coolest kids.

Feeling that maybe The Strokes didn’t give the media an “interesting enough of a story” with their last record, offers guitarist Albert Hammond Jr., The Strokes built their own studio, brought in a new producer, and finished their newest album, First Impressions of Earth, which could be considered a sharp-left in the right direction. They’ve taken their garage-rock roots and augmented them into 14 tunes that explore lead singer Julian Casablancas’ newfound romanticism while giving the band a greater soundscape to soar through.

“I feel like we’re a band that makes really good music and I feel like if we can just stay there doing that, doing our thing and moving and getting better as a band, writing better songs, then we’ll be up there with the other bands,” believes Hammond. “That’s the goal for anyone who is in a band.”