The highly anticipated TIFF Next Wave Film Festival is just around the corner and everyone is excited to see what there is to offer for teens and the world of film. 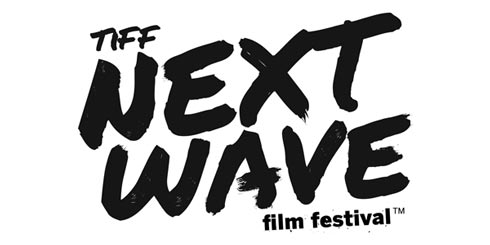 The festival is exclusively for young film enthusiasts and features films not only for youth but also some made by youth, plus workshops and panels that look into the movie making industry.

And this festival couldn’t have been made possible without the help of the TIFF Next Wave Committee, which is made up of 12 students ranging from 15 to 18 years old who help organize the teen-oriented events.

Emma Seligman, a grade 11 student at Northern Secondary School in Toronto, is one of the Committee members who loves being involved with TIFF. She currently writes for HuffPost Teen as well as her own blog, Confessions of a Teenage Film Buff.

Faze got the chance to chat with Emma about her experience with the festival:

What most interests you about the world of film?

I am always overwhelmed by what a staple film is for everyone. It has such a rich history and worldwide appeal. I have never met someone who doesn’t like movies. Film will never cease to connect with people. The most diverse people are brought together through films they enjoy, something I have experienced from being on the TIFF Next Wave Committee.

I have always had a huge appreciation for TIFF, starting from when I was a juror for the TIFF Kids International Film Festival seven years ago. For a while, I was trying to find a way to get involved with the festival or the organization, but every opportunity I came across required me to be eighteen. Almost like fate, in 2010, TIFF was advertising the TIFF Next Wave Committee and I immediately applied. Our mentors Natalie Van Dine, Coordinator, Youth and Community Initiatives and Emily Scheer, Senior Manager, Family and Youth Programming gave me an interview and the rest is history.

What is your role and how has your experience been like so far?

As a Committee we essentially try to get youth all over the GTA involved with film and making them aware of the unique events and films TIFF Bell Lightbox has to offer them. Being part of the Committee has been one of the most eye-opening and enjoyable experiences of my life. I have met and become friends with fellow film lovers who constantly enrich me about film’s history, industry and world audiences. 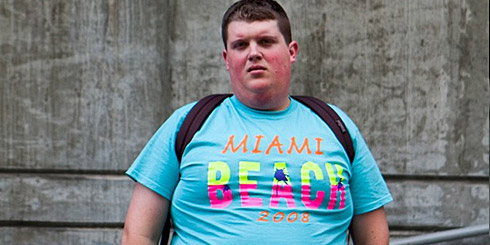 Fat Kid Rules the World, a film at TIFF: Next Wave Film Festival

Why is it important for teens to have a voice in a festival like this?

When we first began discussing the TIFF Next Wave Film Festival, there was a general consensus that teens, as an audience, can only be reached out to or marketed to by their contemporaries. When you see “teen” films or go to “teen” events, more often than not, it feels like something an adult thinks you will like or relate to, but there’s an obvious disconnect. We chose the films for the TIFF Next Wave Film Festival for our peers because we found an authenticity and a quality in them that we know will resonate with our age group.

What are you most looking forward to during the festival?

This has been a long, hard working process and I’m most excited and proud to finally be able to share these exceptional films with my peers, who I know wouldn’t be able to see these independent, foreign and award-winning films anywhere else. I’m also excited about our opening night event Battle of the Score, where high-school bands compete in scoring short films.

Do you want to have a career in film?

In all honesty, every role that goes into making a film intrigues me. From the screenwriting, directing and acting that I have dabbled in, I cannot distinguish between my interests in each. It all unhelpfully blurs together in a giant lovable process of filmmaking, which puts me at a loss for which aspect I want to focus on in my future. However, I do know that if I don’t have film involved in my career in even small way, I definitely won’t be satisfied. 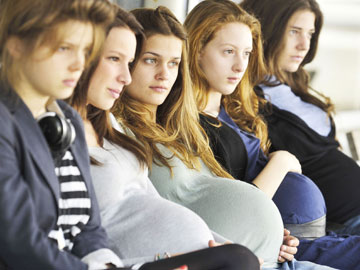 17 Girls, a film at TIFF: Next Wave Film Festival

About the TIFF Next Wave Film Festival: For the very first time, TIFF is creating a festival just for those 14-18 years old—with films from all over the world and special events like the DIY Hollywood Backlot set design challenge, and more!

Check out our gallery from the SET DESIGN CHALLENGE.