Single and looking for a relationship? Then this situation may sound familiar: sitting together with a friend, you swipe through the endless profiles on Tinder. Finally finding a potential date, you look up and ask for your friend’s opinion. After swiping right, for that split second you hope that “It’s A Match!” shows up. Admit it, you’ve probably done this before. But if you’ve never heard of Tinder, this might sound very ridiculous and confusing.

Released in 2012, Tinder has revolutionized the definition of romance in the 21st century. As an online dating app, it allows users to literally swipe through the profiles of potential mates. At first glance, it seems that online dating further amplifies today’s hookup culture. However, a recent study led by Dr. Mitchell Hobbs from the University of Sydney says otherwise. The study examined the online dating behaviour of over 360 individuals who were mostly under the age of 30. As it turns out, dating apps can actually enhance our love lives. Believe it or not, Tinder might be able to ignite the spark for a long lasting relationship.

What exactly is Tinder? 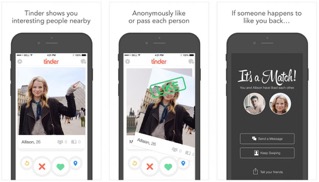 At 84 percent, Tinder was the most used application amongst the participants. Perhaps its fast and free registration appeals to many users. Simply download the app on a mobile phone and sign up using a Facebook profile. On your profile, add and remove up to six photos and feel free to type in a short bio. After setting up a profile, the fun begins.

Using location-based technology, Tinder presents other local profiles. Swiping to the left anonymously signifies that you are not interested in the shown profile. Swiping to the right does the exact opposite. If the other person is interested as well, then Tinder will tell you “It’s A Match!”. From then on, you can privately chat with each other. It’s as simple as that. 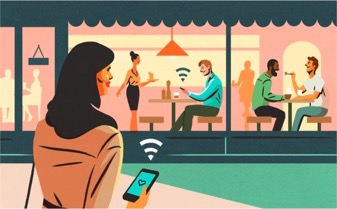 Contrary to popular belief, Tinder and other dating apps can be effective for finding long term relationships. Before conducting the study, Dr. Hopps seemed skeptical that lasting romance is still as prominent in modern society. “Prevailing sociological theory has been saying that in a time of rapid social change and increased emphasis on individualization, we’re reluctant to enter into long-term partnerships,” he says. However, the final results from the study contradicted his initial belief. 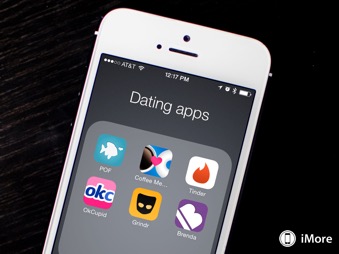 “More than half used the apps to find dates, while only a quarter of respondents reported using the apps for purely sexual encounters,” according to the research. Even after resorting to online dating apps, nearly three quarters of the participants were equally as motivated to enter into a monogamous relationship. Furthermore, “14 percent [said] they were more inclined to seek monogamy since using the technology.” That’s right, not everyone who uses online dating apps are looking for a one-night stand. Contrary to popular belief, it seems that romance is still alive and well in the 21st century.

The Dating Game Has Changed

Many of these dating apps allow users to conveniently meet and contact a vast amount of people right from their mobile devices. Forget about awkward first dates. Dating apps allow users to get to know someone before meeting them in person. Technology allows us to save time and feel in control of our dating lives, according to the study. Likewise, with more people seeking love online, the social stigma around online dating is disintegrating.

It is no longer unusual to hear about friends and couples who met via the internet. Tinder itself reportedly has 1.4 billion swipes a day in over 196 countries. Dr. Hopps notes that “the technology thrives because it is useful, and will die when it no longer offers pathways to connect and communicate that are advantageous to users. Remembering this is important as dating apps provide merely the potential to facilitate real-life sexual and romantic encounters.” It is safe to say that technology hasn’t ruined romance after all.