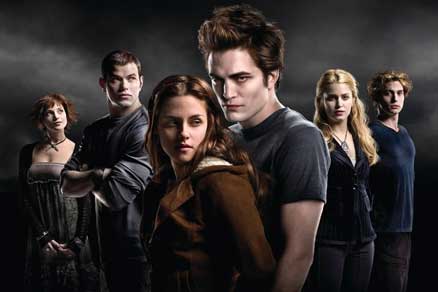 Surprise, surprise, our die-hard romantic reviewer loved it, and she apparently wasn’t the only one.

You have spoken. the “Twilight” movie is officially the best teen chick flick EVER based on its monster opening-weekend-mega-haul of $70 million (pun intended)! Your rush to the theatres in screaming droves caused the trouncing of former box-office leaders “High School Musical 3” (2008) $42 million, “Enchanted” (2007) $34.4 million and “The Princess Diaries” (2001) $22.8 million.

“And was it worth it?” I asked an obvious fan, and through her hand covering her mouth she squealed, “Yessssss!”

Now, in case you’re the one teen girl left who hasn’t yet read the books, it’s an epic romance between Bella Swan (played by Kristen Stewart), who has never cared about fitting in with the trendy girls, and the mysterious and romantic Edward Cullen (Robert Pattinson), a vampire. That’s all you really need to know. Okay, if that hasn’t convinced you to rush out and buy the book and see the movie then how about knowing that Edward is the dreamiest, most stunningly gorgeous, dazzling, perfect non-human to walk on this earth. He is. Really.

“I wish I were in that relationship!” — Cassandra Rogister, 14

Some girls came out of the theatre crying. Yes, tears running down their cheeks. 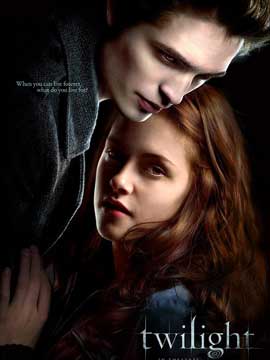 Based on a book, you may have read. 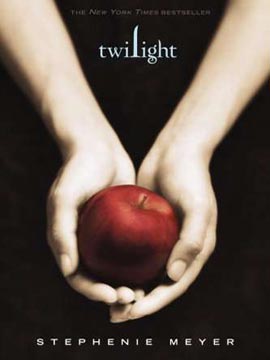 If you’re still not convinced then just check out other reviews, particularly the ones from teen girls, since most of the reviews from “real” critics (read boring adults) trash the movie. Twilight wasn’t meant for them so don’t read those with too much concern. But, if you’re a teen and have at least one romantic bone in your body, this is a must see!

Click here for a very early, exclusive look at the movie poster for the next installment in the Twilight series: New Moon!
(well, it was a Faze exclusive back it the day. Now, not so much.)