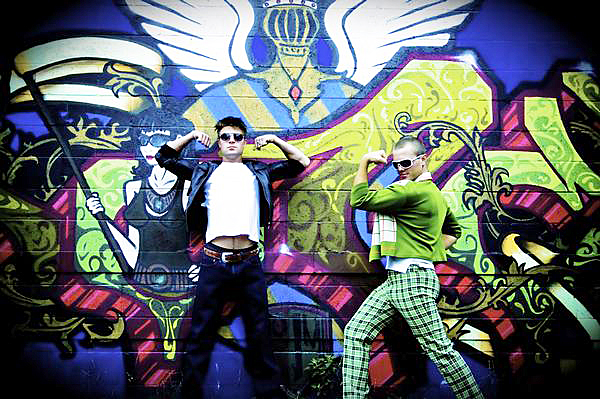 Some bands are able to come out of nowhere to capture the attention of waiting-to-be-wowed radio listeners. Toronto’s USS is just one of those bands. Featuring Ashley Boo-Schultz and Jay “Human Kebab” Parsons, USS ambushed the airwaves in 2008 with their rock/drum and bass influenced debut EP, “Welding the C:/”, and its incredibly popular, heavily-rotated single “Hollow Point Sniper Hyperbole.”

“We just had a guy describe our band as ‘A ray of light after the darkest night,'” relays Boo-Schultz. “We’ve been having people come up to us after we play and they look us right in the eye and they’re like, ‘I’ve been waiting for you guys.’ It feels like we live in this giant castle because there’s this chivalry and magic.”