The atmosphere is full of excitement and adrenaline in the MOD Club as lights dim and bands get ready for the Verge Music Awards (VMAs) to begin.

Three incredible musical performances took place, beginning with The Acorns, – an up-and-coming band – followed by the much awaited Tokyo Police Club, a band that has quickly risen in fame since their first album release in 2006, A Lesson in Crime, which was followed by Elephant Shell in 2008 and Champ in 2010.

The final performance was by Tragically Hip frontman Gord Downie, closing out the night.

ALBUM OF THE YEAR: Zeus

ARTIST OF THE YEAR: Michou

At the end of the night, fans were left enthralled and satisfied by the outstanding performances and overall fantastic night. It was a crazy, thrilling, unforgettable experience.

Can’t wait til next year! 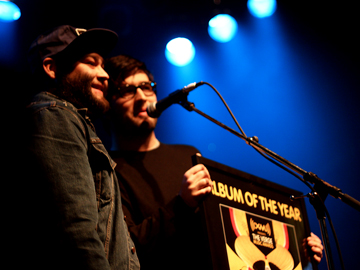 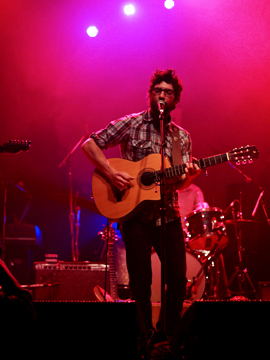 Zeus accepting their Album of the Year award 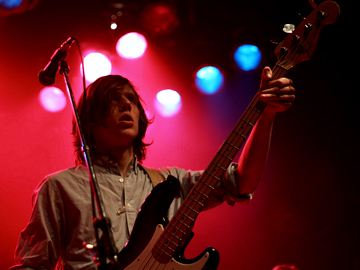 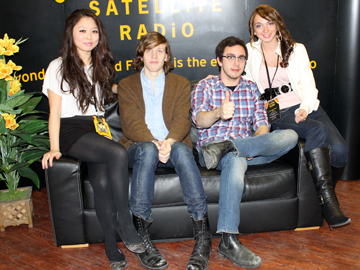 Hannah Georgas recieved the Emerging Artist of the Year Award

Between performances, Faze intern Casanda DeBartolo interviewed the rising stars from Tokyo Police Club–check it out!

As a self-proclaimed “rad” indie band from Newmarket, ON, the members of Tokyo Police Club have been a tight-knit group of friends since high school, making their way onto the music scene.

They recently gave a remarkable performance at The MOD Club, for the 2011 Verge Music Awards.

They are a hard-working, yet laid-back band, “Our favourite part of touring is just having fun hanging out, because everyone in the band is our friend, so getting to just do that and play a bunch of music for people is awesome.”

Playing at the Koolhaus in Downtown Toronto and meeting Hulk Hogan are tied as just a couple of their biggest accomplishments; the band believes that because they get to do so many awesome things they can’t choose just one!

Dave Monks gives this advice to all Faze readers who are aspiring musicians: “Don’t let anyone tell you that you shouldn’t give it a shot. If you want to do something, just do it, and do it now!”

All photos by Lauren Song