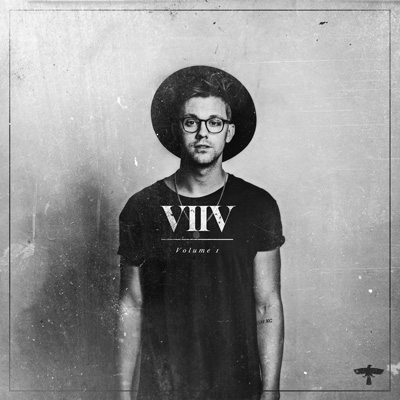 Virginia to Vegas is Derik Baker, a 24 year old Canadian hottie who is climbing the music charts faster than you can say “We Are Stars”. With his first single reaching gold status in just three months so there is no doubt that his upcoming debut EP will be one for the books.

Derik was discovered on Youtube by Wax Records in 2013 and he has been working to master his craft ever since. Currently on a The Time Bomb Tour with label mate and past Faze cover girl Alyssa Reid, Derik is also finding the time to rock the We Day stages to promote positive change.

Virginia to Vegas’ second single “Don’t Fight the Music” was released on September 2 and is making waves on Canadian radio stations with his soaring falsettos and a catchy electro-pop incorporated tune. Now fans are eagerly waiting for the release of his highly anticipated debut EP Volume 1 on November 11th. 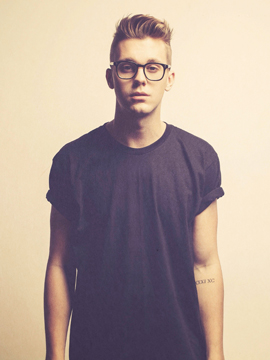 Faze sat downwith Virginia to Vegas to discuss his growing success, his inspiration and his music…

How would you describe your music?

How has the transition been from performing behind a computer screen to performing live alongside Hedley and Alyssa Reid?

DB: I started playing live when I was 12. I used to play in bars and song writer circles when I was super young and then I went to Youtube because I thought it would be the only way to get my name out there and it definitely did. So now I’m getting back into performing live because I’ve been in the studio for two years writing and recording. Coming back and putting a band together has been amazing. I love it!

Who do you draw inspiration from when writing your songs?

DB: Bands that I like are little more alternative, like M83 or The 1975. The guitar line in “Don’t Fight the Music” was inspired by The 1975’s “Chocolate”. I wanted to incorporate their jangly-disco-y, 70’s, loose guitar music.

If you could collaborate with anyone, who would it be?

DB: I think if you were asking 12 year old DJ (Derik’s nickname), it would be John Mayer. He was the guy that made me want to write songs about something and tell a story. I remember listening to him before he even released his first album.

Your debut single “We Are Stars” reached gold status in just three months! How does it feel?

DB: It was unexpected. When a song connects like that on a lot of different levels, and now it is close to being a platinum record, it’s just insane. It’s like something that took on a life of its own. I feel like when you get songs that do stuff like that they’re gifts; that song came together in 30 minutes so it was a gift.

The “Don’t Fight the Music” music video came out on October 29th and your fans haven’t stopped tweeting; how does it feel to connect and receive great feedback?

DB: I think that it’s really cool. I wish I was a teenager right now because I would tweet out to John Mayer and tell him how much I love his songs. I’d find it insane that I could connect with him and have him retweet me. I really try to take advantage of the opportunities on twitter and talk to the fans because it’s such a cool, interesting tool.

You are currently on The Time Bomb Tour, do you have any exciting tour stories to share?

DB: There was this girl that came every single one of my shows that I played out West. I did this contest on Facebook so that whoever can get the most shares for my video “Don’t Fight the Music” would wina Skype date with me. She won but I wasn’t able to have the skype date with her because I was super busy. Instead, she asked if she could trade the Skype date for a meet-and-gree – I was totally up for it! She came with her mom and dad and they gave me this massive gift basket and it was wicked! It had like Fiji water, almonds, chocolate covered raisins, chips, cheese… Funny thing is I had a 27 hour drive the next morning, so because of this basket filled with food, I was very popular in the back of the van! 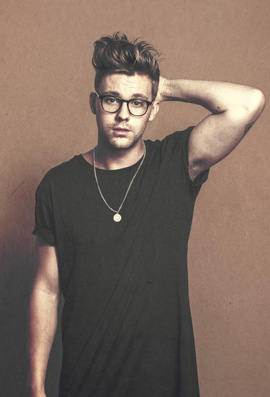 DB: Alyssa is the best; we have a really good relationship, kind of like brother and sister. Our label is so small so it’s like family so whenever we get to go on tour or write songs together, it’s always a great experience.

What is your ultimate career goal?

DB: I’d love to win a Grammy. As a song writer, I never thought I would get a gold record. I‘ve always wanted a gold record. When I was 12 years old, I told all of my friends I was going to be on MuchMusic and they were all like “no you’re not” and this year I got to do that! I got to play at the MMVAs so that was crazy. I feel grateful but I would like to be known as a great songwriter so people would acknowledge me as more than Virginia to Vegas but rather as Derik Baker who is a great songwriter so if I could win a Grammy one day.

What advice would you give to those trying to break into the music industry?

DB: My advice to them would be to be as unique and as true to themselves as possible. I think a lot of times, people are trying to chase what’s happening and I think that’s so silly. By definition, chasing means you’re behind and if you’re behind then you are always going to be second, at best. This applies to any career, if you are as unique and as yourself as possible, at least you are putting yourself up there rather than a mock up and I think people gravitate towards honesty and authenticity.

The Virginia to Vegas debut EP Volume 1 is out now! For now, check out his second single; Don’t Fight the Music, below: