Niki Troock is waking up the male dominated sport of wakeboarding. 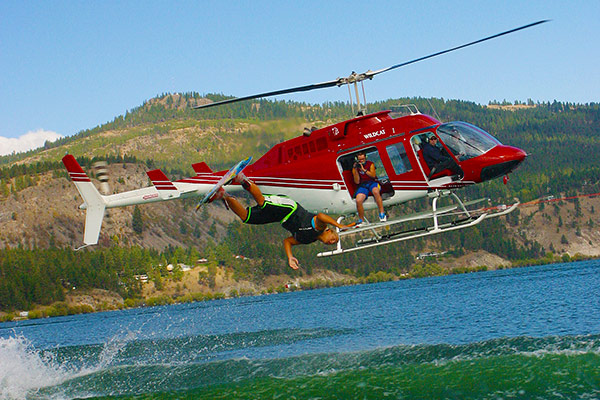 Niki catches some air while a cameraman catches her on film. Photo: Bliss Regimba

This Vancouver babe has lived on a lake all her life and started wakeboarding when she was 14. When Nicole Troock checked out the Nationals in 1996 she noticed that there were only a few female competitors. Not one to let guys show her up, Niki strapped herself into a wakeboard and now at 20, she’s one of Canada’s best—girl or guy! Not happy that guys get more prize money than girls (guys usually earn about double at tournaments), Niki and other female pros are trying to change the way the wakeboarding competitions are run. You go girl! 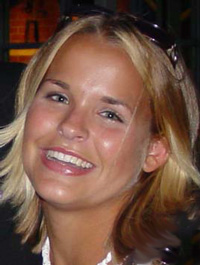 Faze: Were you good at wakeboarding right from the start?

Niki: I didn’t like it too much at first because I wasn’t really good at it. I was a gymnast for 10 years so once I started getting the hang of the board and the edges I started picking up on the tricks and I knew where I was in the air. The awareness from gymnastics helped.

Faze: Is it fun to show up the guys?

Niki: Yeah. The girls can do it just as well. Right now the prize money in tournaments for males and females are not equal. But the girls are building up the sport and showing they can do it, too. When you watch female pros like Dallas Friday (17 years old) wakeboard it’s unreal. She can show off any guy I know.

Faze: Have you had any injuries from wakeboarding?

Niki: I’ve torn cartilage in my knee—there are a lot of knee injuries in wakeboarding. Last summer, I broke my shin in two places and the year before I fractured my pelvis. I’ve also had a few minor injuries such as concussions. But it’s worth it.

Faze: Why is getting involved in sports so important to you?

Niki: When I was younger it seemed there was nothing for teens to do except get into trouble. You learn discipline from sports. Some kids, their parents give them everything and they spend it on drugs and stuff and I honestly think if you are involved in a sport your mind is focused on something positive and you have a goal. You are interactive, you’re communicating with people and building friendships. You learn to work together and develop team skills. Every sport offers its own different thing.

Faze: When you’re out on the water, how do you feel?

Niki: Everything is focused on wakeboarding, going out there and putting everything else aside. Nothing else matters except the water, the board and you.