Warped Tour veterans Mayday Parade share the inside scoop on being on tour. 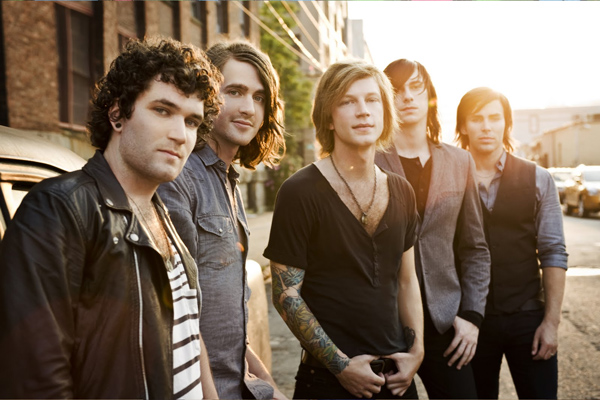 Mayday Parade has been bringing head-banging worthy songs to the pop-punk music scene since 2007, reminding you of summer road trips and heart-wrenching tunes about break-ups, heartache and loss.

Having released three albums, their most recent being a self-titled record in 2011, and selling over 500, 000 copies in total, the band has gained a large fan base that continues to grow at a rapid rate.

Hailing from Tallahassee, Florida, Mayday Parade has not stayed shy of the Vans Warped Tour, performing with the largest rock festival in North America for a total of four years.

Faze caught up with lead vocalist Derek Sanders during their stop in Toronto, to find out what it’s like to travel on the Warped Tour and what fans can look forward to the future. 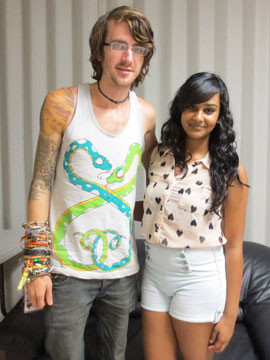 The last time you performed in Toronto with the tour was in 2010. What will be new this year?

Derek Sanders: Well we get to play songs from our new album, which is one we’re all really proud of. The sound is different compared to [Anywhere But Here, which is] the album before that and we weren’t really happy with it because we felt that it was what the record company wanted us to make. So, it’s nice to play music we created ourselves and are personally passionate about.

How is traveling and performing with the Vans Warped Tour different compared to having your own headlining tour?

DS: It’s pretty different in a lot ways; there’s really no other tour like it. It’s a lot busier than a club tour because of several things during the day that you’re going through. You’re playing, doing press and signings; there’s catering for lunch and dinner; you go watch other bands play; so your day is pretty busy. But it’s fun and there’s so many good people on the tour. You meet a lot of new people on the tour, and I know everyone says this, but it’s like a summer camp for rock and roll.

Have you become close with any particular bands this year?

DS: Yeah, we’ve known a lot of bands before this coming into it. But for this tour I’ve met the Sleeping With Sirens guys; it’s been cool to hang with them and Man Overboard.

DS: I would think so, and hope so, for sure. I think it’s a pretty good cycle and system to put out an album every two years. We can record for a year and half, tour, then put out an album. It’s nice.

Have you been writing any new songs recently?

DS: Yeah, the way it works is from the beginning we’d put out an album and tour for a while. In that period when we’re touring everyone kind of has ideas that they come up with. I have a lot of ideas that I’m really excited about now and working on as much as I can. And at some point, probably in like January of 2013, we’ll get together, take all the ideas everyone has and start to pick the songs as a band. I’m looking forward to jamming it out and playing them with the band.