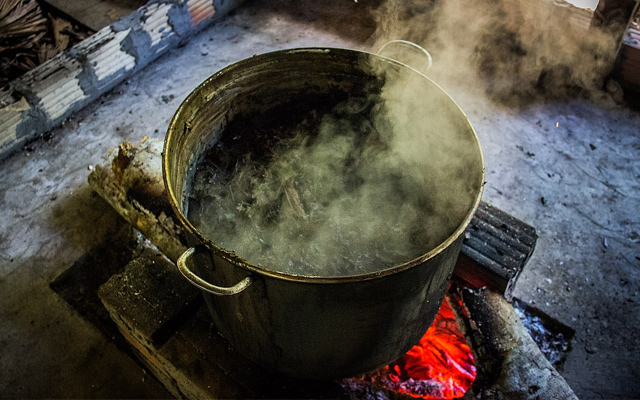 If you’ve spent some time in the proximity of psychedelic enthusiasts or new age groups, you’ve probably heard of ayahuasca.

However, despite the recent popularity of ayahuasca retreats in western countries, this psychedelic drink has a rich history in South America.

With the drink becoming more popular and accessible in Canada and worldwide, educating ourselves on its benefits and side effects is vital to ensure a safe and comfortable experience for everyone involved.

Ayahuasca is a psychoactive herbal brew made from Psychotria viridis leaves and Banisteriopsis caapi stalks.

Is DMT legal in Canada? No, but DMT in Ayahuasca is permitted in the context of religious ceremonies. As of 2020, six Canadian churches that use ayahuasca in their traditions have been granted an exemption to use the hallucinogen.

Meanwhile, the B. caapi vine contains monoamine oxidase (MAO) inhibitors called beta-carbolines. These stop the body from breaking the DMT down too quickly, allowing the drinker to experience the brew’s psychoactive effects.

South American tribes and indigenous groups have used ayahuasca in religious ceremonies for centuries. However, appropriation and non-religious use of the drink have been rising in western countries this past decade. 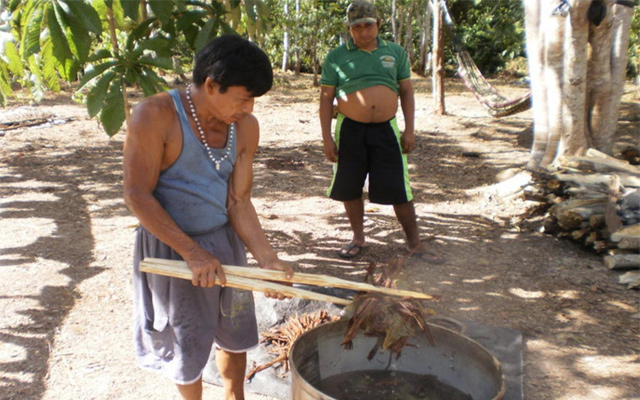 Ayahuasca has been in use for centuries now. Aside from its religious and cultural significance, it also offers significant benefits to its drinkers.

With its recent rise in popularity, scientific research on the drink, exploring its effects on people’s health, has also boomed.

Ayahuasca’s primary active ingredients, DMT and beta-carbolines, have shown the potential to restore and protect parts of the brain.

Researchers have found that ingesting DMT could help increase the production of antistress and antioxidant proteins, helping protect the brain in situations of stress.

Laboratory research also suggests that harmine and other alkaloids found in B. caapi help stimulate adult neurogenesis, or the generation of neurons or nerve cells.

Studies have shown that taking ayahuasca could help people achieve a more mindful state. It is where people can practice full awareness of the present moment without being too overwhelmed or reactive.

A small study has shown that taking ayahuasca once a week for four weeks proved to be as effective as an eight-week mindfulness-based stress reduction course.

A qualitative study found that ayahuasca-assisted therapy had positive effects in helping people overcome different kinds of addictions. The study was based on the practices of indigenous healers and western mental health professionals.

Risks To Look Out For

Despite ayahuasca’s many benefits, it is not suitable for everyone. The brew’s potent ingredients could interact negatively with existing conditions or medications, so it’s essential to consider your health before ingesting ayahuasca.

After drinking ayahuasca, one might experience the following side effects:

There have also been cases of death after drinking ayahuasca. However, the circumstances surrounding these deaths are unclear. Researchers speculate the addition of other toxic plants or substances to the original brew.

If you take the following medications, it might be best to avoid ayahuasca to avoid any negative interactions:

It is highly advised that people with schizophrenia and other mental health disorders should avoid the brew. The same goes for people with heart problems, as ayahuasca could increase one’s heart rate and blood pressure.

Like any other drug, ayahuasca has its benefits and risks. Still, this brew remains culturally and religiously significant for many people worldwide. Drinking ayahuasca could be an enriching experience as long as you prioritize your health and safety.