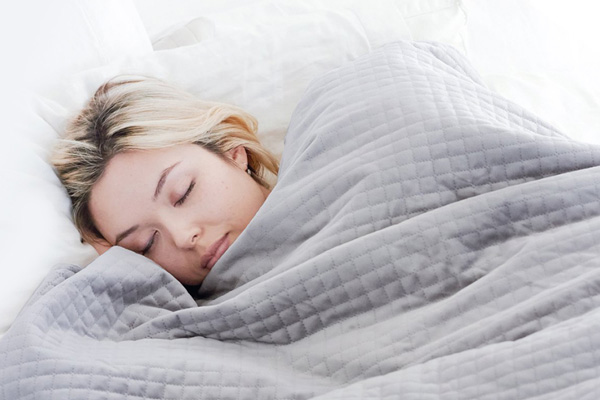 We see more advertising for what we sleep on these days than ever before, much of it targeted at first time mattress buyers (in other words, a whole lot of the Faze audience). It’s well understood that a mattress will impact the quality of your sleep and we’ll be covering that side of things much more over the next year. But less discussed has been what’s “on top” of you at night and how that may bring you the sweet, dream-filled sleep you crave. Enter the weighted blanket.

The concept of sleeping under weight isn’t new. It usually was a personal preference and achieved by piling on several layers, which typically added so much insulation that it also made the sleeper overly warm, which turns out to be not conducive to a good sleep.

Weighted blankets had been used successfully by psychiatrists and therapists for years as a tool to calm patients suffering from a wide range of anxiety related conditions, including ADHD and post-traumatic stress disorders. Often known as a “gravity blanket” they were used to provide “deep-touch pressure” to patients, apparently allowing better control of emotions and a sense of relaxation, and by extension a better sleep.

The science seems to agree with the anecdotal evidence, with research showing measurable drops in anxiety (specifically the hormone cortisol) and increased oxytocin production (the wonderful “cuddle” hormone) in the brain, and as a result a greater sense of relaxation. Indeed, the sensation and effect was similar to that of being hugged or cuddled, and it’s been used for millennia to calm loved ones, babies and even pets.

In the last few years the “gravity blanket” has gone mainstream, timely considering the rapid increase of anxiety reported among millennials and Gen Z. Starting out as hard to acquire specialty items or Kickstarter projects, weighted blanket sales have been increasing as word spreads that they actually have a positive effect on sleep. 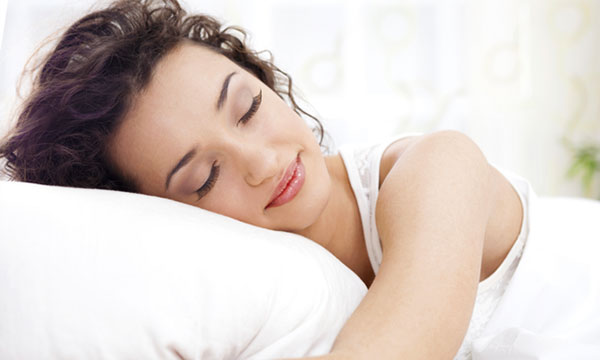 Will a weighted blanket work for you

Based on word of mouth, and the overwhelmingly positive user reviews we’ve been reading, the benefits of “swaddling”  yourself under a much heavier than normal blanket are real.  As one reviewer put it, “Because I couldn’t physically move as much, I noticed that my thoughts weren’t racing as much either.”

Here at Faze Magazine, with our twenty-something audience, and staff (mostly), we are regularly tackling the subject of anxiety and stress and how to stay in, or get back to, a positve state of meanal health. We’d been hearing about weighted blankets and felt it was time to investigate and see if they were just a fad, or a new tool that everyone should consider. Because honestly, who doesn’t need a little de-stressing and better sleep these days?

We went with the Snuggable brand 15 lb blanket pictured below, available throughout Canada at Sleep Country and its Quebec equivalent Dormez-Vous. Half of us knew what to expect (i.e. the science behind it) with the others were not completely sure what they were getting themselves into.

We were surprised by how heavy the blanket was in its package, and intially when laid out on the bed. Size wise it 56″ long x 41″ wide, smaller than we thought it would, as it just barely covered us from neck to toes. However, as each one of us spent a few days with the blanket at home, and used as intended on top of regular sheets it quickly felt like the perfect size and weight.  Only one of our reviewers really felt she would prefer a larger, even full size blanket by the end of her trial, essentially saying she enjoyed it so much she wanted even more. 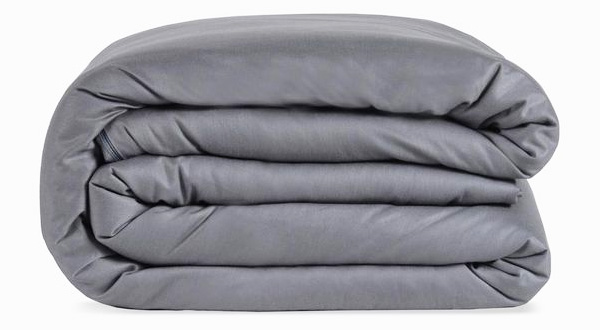 The feedback was unanimous, everyone who tried the weighted blanket said they felt they fell asleep quicker and felt they sleep sounder and better and completely enjoyed the whole experience. While these were only subjective impressions, they mirror the significant number of positive reviews that weighted blankets, across several brands, are getting online (like the 4.7/5.0 average rating for the Snuggable brand at Sleep Country)

At end of our little in-house trail, everyone who slept under weight said they would 100% want to have a weighted blanket on their bed.  Half said they would use it every night, the others would use it most of time, particularly if they were extra stressed or needed a little extra help getting to sleep and staying asleep.

Decor Idea: check out this comfy faux fur blanket, great as a throw blanket for the sofa or a guest bedroom.

Shopping for your weighted blanket

Fortunately there is a growing number, and variety of, weighted blankets out there, but here is what you need to look out for.

The weight is important, it’s generally suggested that you look for a blanket that is around 10% of your body weight, give or take a couple percent. So a 130 pound women would be looking for a blanket weighing around 11-15 lbs. Blankets (and their weights) typically have been sized to fit on top on a single person (and on top of any other sheets on the bed), so as new models come out that cover the entire bed the overall heaviness of a larger blanket won’t correspond to that original rule of thumb. Also, keep in mind in you are looking for a weighted blanket for a child you’ll need to go with a lighter weight blanket, most brands come in a regular and a lighter version. The Snuggle brand available at Sleep Country that we tested came in both 15 lb and 7 lb versions.

For couples who both want to enjoy the benefits of sleeping under weight, the new blankets that cover the entire bed are great, and the also replace the need for a duvet, quilt or comforter.  Blanquil, also available at Sleep Country comes a wide range of sizes (and colours) including queen and king sizes, as well as a blanket for kids and they even offer a travel size weighted blanket with its own travel bag. 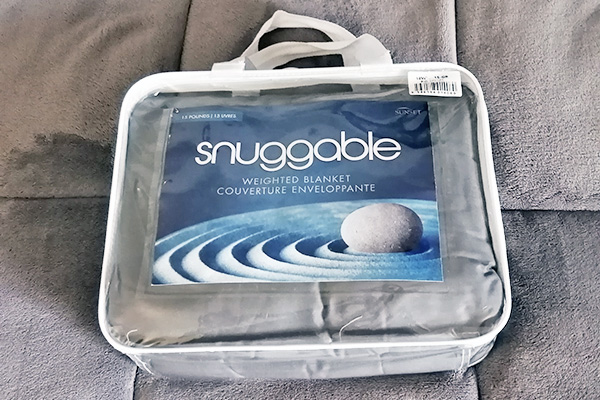 The review team was unanimous in recommending the weighted blanket experience to everyone. While no-one on our team has debilitating anxiety or insomnia issues, where the weighted blanket is said to have the biggest impact, they all felt their sleeps improved enough to make having a weighted blanket a must. We suspect you will not regret the purchase either.