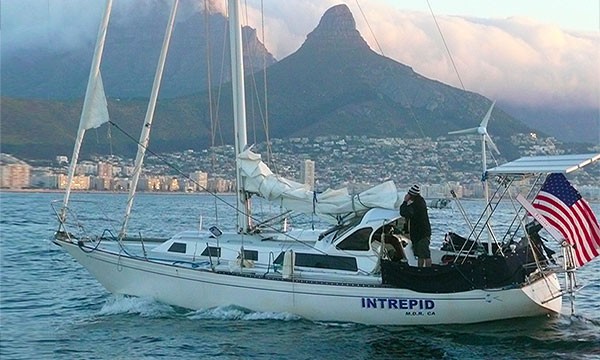 Zac Sunderland proves that such a statement is not just a cliché–it can most definitely be a reality. As the world’s youngest person to sail around the world, Zac was about to make his very first Canadian appearance at the Toronto Boat Show, which takes place every January.

But let’s start from the beginning, shall we?

Zac has been sailing since he was just four years old. His parents were sailors themselves, and Zac spent a large majority of his youth on a boat, hopping from coast to coast, looking for the next big adventure.

Then at 16, he found his biggest adventure yet. Raising the funds and fixing up the boat himself, Zac set out to sail solo around the world (starting at the west coast of the States) on his boat, Intrepid, come what may. 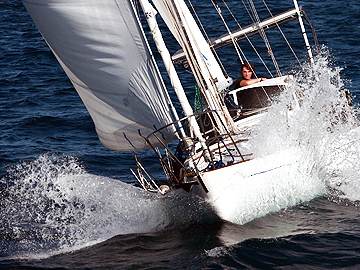 Here’s a sneak peek of our interview with Zac Sunderland:

FZ: Were your parents encouraging of you taking this trip?

ZS: Yeah, they were very encouraging, but at the same time they weren’t going to do it all for me. They were like, “If you really want to do this, go for it. We’ll support you all the way, but you’ve got to make it happen.”

FZ: What was one of most exhilarating experiences of the trip?

ZS: One of the best feelings I had on the trip was my first cross: the Pacific Ocean, the first leg of the trip, from Marina del Rey [California] to Hawaii. It was 2100 miles… Pulling in there after 21 days at sea and seeing the big, green mountains of Kauai–the first island I passed–it was really kind of neat feeling to see these huge, green cliffs after seeing nothing but ocean for the better part of a month. Realizing that I had completed the first leg of the trip, it was just a really, really amazing, accomplished feeling. 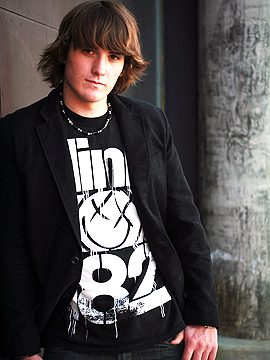 FZ: Would you do it again?

ZS: Definitely, yeah. I’m not sure if I would want to go solo again, if I had the choice… Hopefully next time I will be doing it via the Northwest passage, above Canada and Alaska.

The journey took him 13 months and, if nothing else, has made him dream even bigger for the future.

Check out Zac’s documentary of his trip!

We met Zac while he was in town to appear at the Toronto International Boat Show, www.torontoboatshow.com.