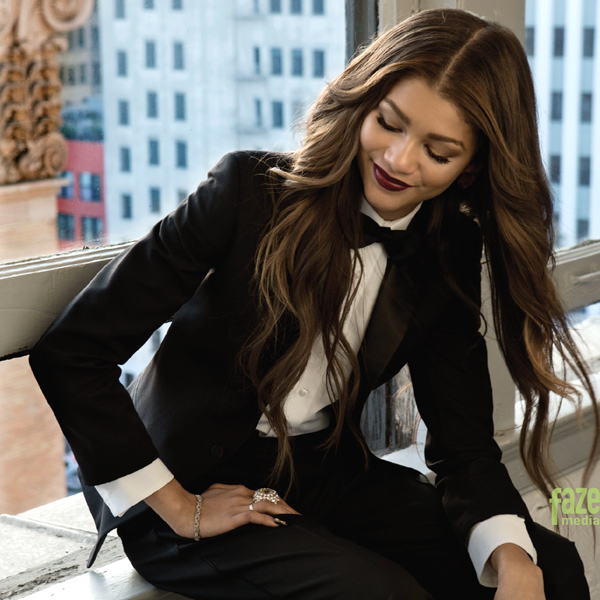 Whether she’s on set for Shake It Up, practicing her moves for Dancing With The Stars or captivating an audience with lyrics from her first album, this once-upon-a-time shy girl isn’t afraid to let her full confidence shine.

She walks into the photographer’s studio in downtown L.A. wearing skinny jeans, a letterman jacket and high tops. The 17-year-old star greets everyone warmly, with a firm handshake, her mother not far behind. Her first outfit on set is a bright, neon yellow dress, with sequins and a flowing, flared skirt. The second is a fitted, formal tux with skyhigh, lace-up heels. From urban casual, to prom glam, to chic menswear. The outfits change. Zendaya stays the same. She exudes an undeniable confidence that comes not from fame, but from fully knowing herself.

And it’s a good thing too, since Zendaya has to wear many different hats in her career. She appeared on the young Hollywood scene in 2010, playing Rocky Blue in the Disney hit show Shake It Up, alongside co-star Bella Thorne (who played Cece Jones), showcasing both her singing talent and dance moves. Last year, when the show was airing its third and final season, Zendaya was also a contestant on Dancing With The Stars—the youngest celeb ever on the show—coming in second place. In the summer, her advice book Between U and Me: How to Rock Your Tween Years with Style and Confidence hit the shelves.

In the fall, she released her self-titled, debut album through Hollywood Records, which followed on the heels of her pop-R&B, Billboard Hot 100 single “Replay.” This past February, Zendaya was the talk of the style world during New York Fashion Week, her photos gracing major fashion blogs and celebrity sites, most notably for a long, yellow and blue Miuniku overcoat stunning enough to stop traffic. And now, she’s gearing up to star in another Disney show, yet to be named, about a girl who finds out her seemingly normal parents are spies and they want her in on the family business.

That’s a lot of accomplishments crammed into a small period of time. But, for Zendaya, it’s a dream come true. “I’ve known forever that this is what I wanted to do, being an entertainer,” she says. 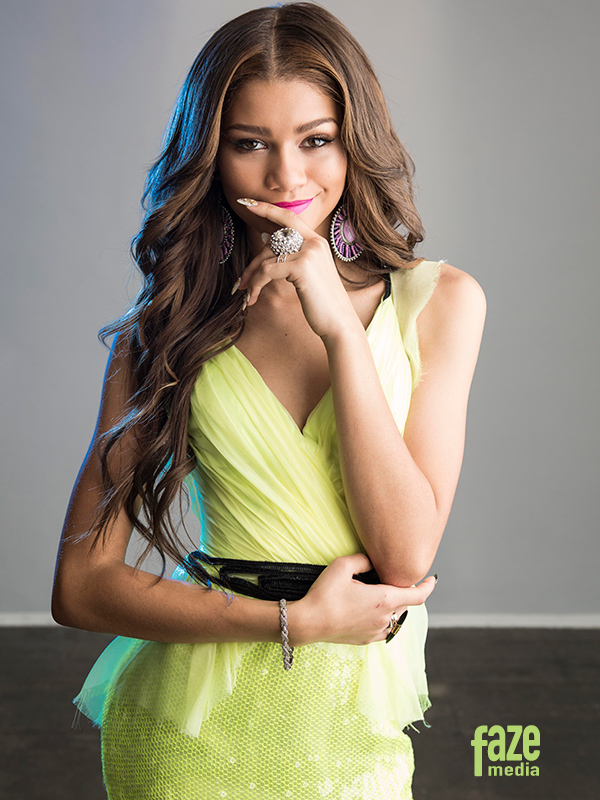 It all began back in Oakland, California, at the California Shakespeare Theatre where her mother worked. “That’s where I started my passion for acting,” Zendaya says. “I got to see these live performances and I was begging my mom to just let me stay. I was an eight year-old who fell in love with Shakespeare and everything that the theatre has to offer. That’s abnormal.”

Another abnormality, which Zendaya is more than thankful for, was her incredibly supportive parents, who saw her immediate connection to the performing arts and made a lot of sacrifices to help her get where she needed to go. “I have cool parents. They supported my dream from the beginning and they knew it was something that I could not live without,” she says. “You really have to drop everything and just focus on being an actress or a dancer or whatever. It’s a full-time job, and I’m very lucky to have the parents I have; they were willing to make that leap.”

But her parents weren’t the only factor. Zendaya also sports a strong work-ethic— strong enough to let her overcome her initial shy tendencies. Along with her passion, her dedication also helps with such a hectic schedule. “Everything’s constantly bubbling. So, if I’m working on something right now, that means the week before I was working on something else that’s already happening,” she says. “I’ll shoot my show and while I’m shooting my show, we’re already getting prepared to go to fashion week.” 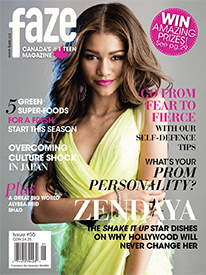 It seems like too much to handle. Yet Zendaya knows how to make the most of her time off. “I sleep. A lot. I could be an Olympic sleeper,” she says, with a laugh. “It’s something that you don’t realize how much you need it until you’re a teenager and all you want to do is sleep.”

Zendaya is used to proving that her teen status, though it makes her long for a nap sometimes, does nothing to retract from her work ethic and talent. That doesn’t mean she won’t get nervous beforehand, though. On Dancing With The Stars, she was much younger than the other contestants, which would make anyone a bit anxious. But it didn’t last long. “I think people were kind of skeptical, like, ‘Who’s this girl? I’ve never heard of her.’ After that first episode, I was like boom—I was there, in your face and I’m here to stay. No matter how old you are, you can be just as good as anyone else,” she says. “Everyone was like, ‘Oh, she’s young, she has all this energy.’ Well, try having energy after doing five hours of school and you tell me how much I should have.”

Though she works hard and it can be exhausting sometimes, Zendaya is having fun through it all. But there is obviously a serious side to working in the entertainment world. When questions arise about growing up in an industry that seems to change people, especially young women, she isn’t fazed. “I mean, that’s for those people who didn’t know who they were in the beginning,” she says. “I feel like a lot of people who start young, you never figure yourself out first, so you’re doing that in a place and a time when everyone’s trying to change you and tell you what you should be. For me, I guess I’m an old spirit. I’m like a 72-year-old human inside of a 17-year-old’s body. I think that’s just why I’ve always known what I wanted. Because I know who I am.”

She may be an old soul, but Zendaya isn’t anxious to grow up too quickly. “I’m not an extreme grower-upper. Tomorrow, I won’t be thinking, ‘I’m 18 now, let me get a tattoo or let me do this or that, just because I can.’ I’ve never been that kind of person. I couldn’t date until I was 16, but that doesn’t mean I’m going out there trying to find a boyfriend just because, oh, finally I can do it. I just believe in growing at your own pace.” A big part of making sure you grow at that steady pace is knowing your start line. “I think everyone has that one thing that they’re good at or that one niche that they have, whether it’s art or soccer or whatever,” Zendaya says.

Once you get to know yourself, find that niche, you’ll find your confidence too. The confidence to ace a test, mend a friendship or rock any outfit. Just like Zendaya. Then any negative comments from people who tell you you’re not good enough or you’ll never make it, they’ll just spur you onward, closer to achieving your dreams. “Haters are the motivators,” she says. “To know that hater took the time out of their day to go on my profile and go through something of mine and find out what I did wrong, just proves they are interested in me and they enjoy looking at my pictures. So at the end of the day, thank you very much and I appreciate your support.”

Here are some of the beautiful Zendaya photos that didn’t make the cover! 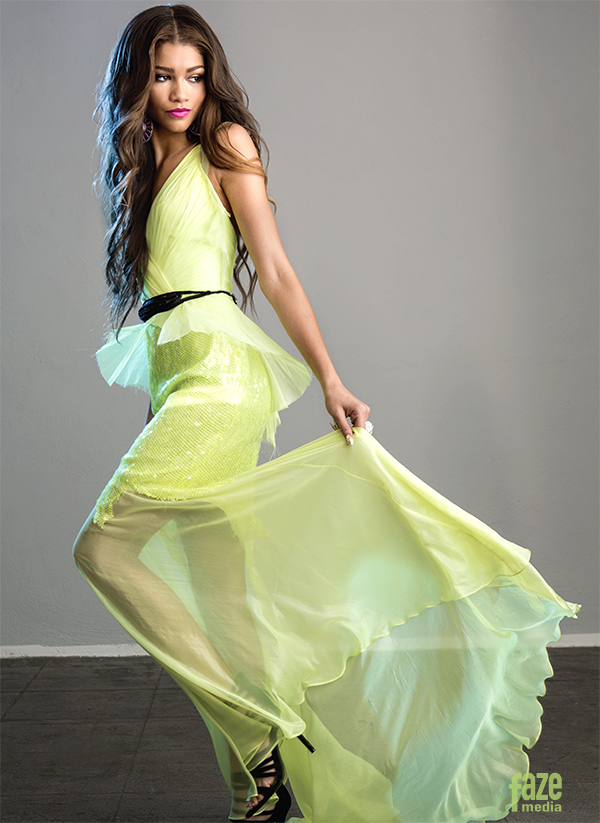 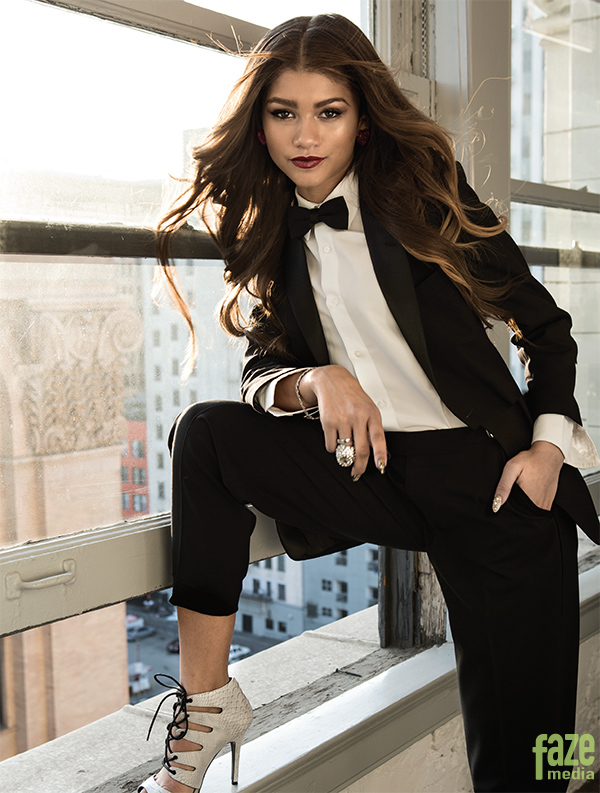 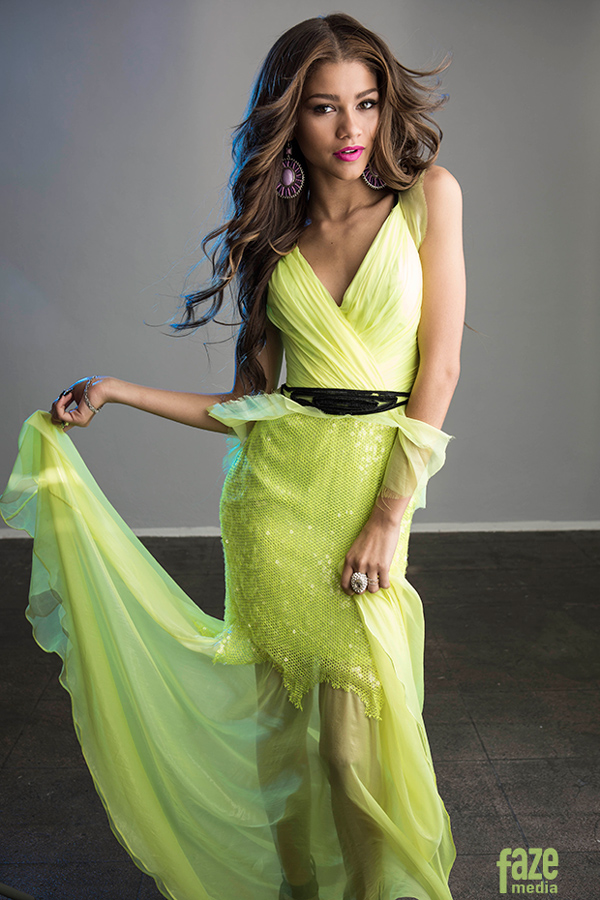 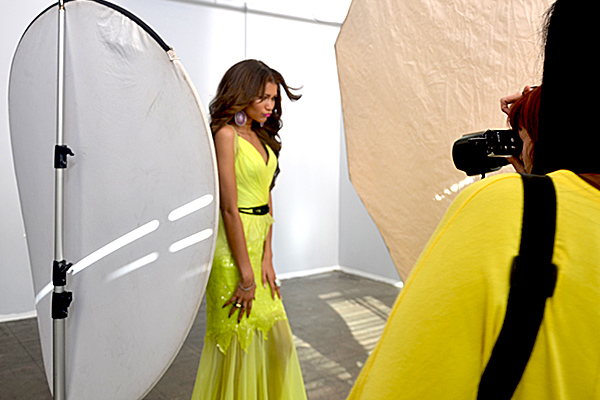 Zendaya working it for the Faze cover shot! 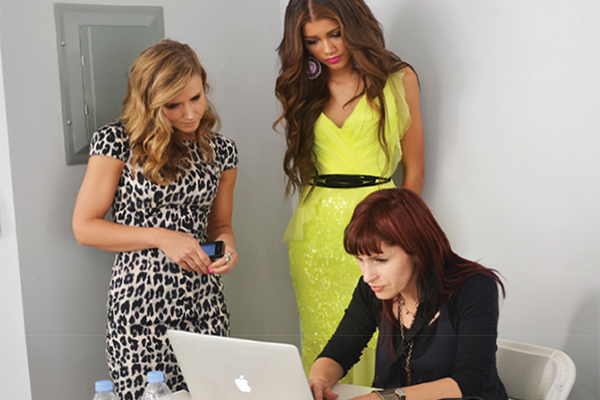 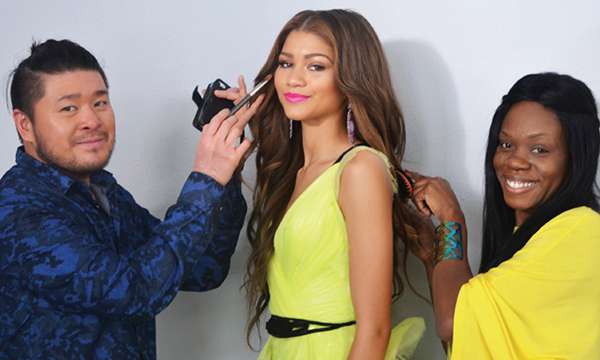 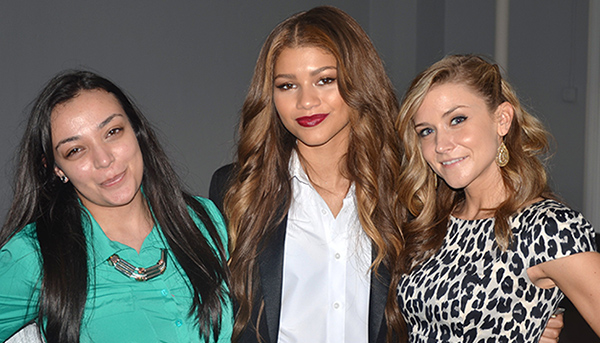 Zendaya with Faze editors Jessica and Dana at the photoshoot