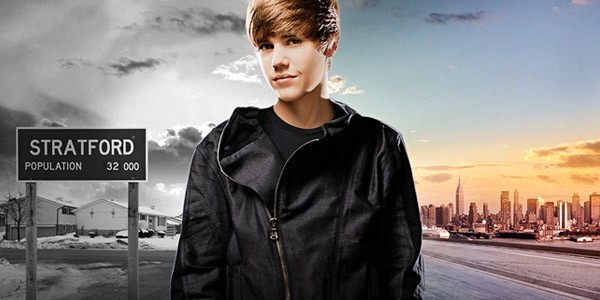 “Justin Bieber’s odds were a million to one, until a million fans found him online.”

Following the story of his journey–from a kid who loved to bang on the drums in his Stratford, Ontario home, to the teen sensation that sold out Madison Square Gardens in 22 minutes–Justin Bieber: Never Say Never is a documentary that will keep you entertained the whole way through. Fans get more glimpses into his past with old home videos and get to see behind-the-scenes of each concert, learning what it might be like to hang with the energetic superstar. Only question is…what’s the next mountain to climb for the Biebs? 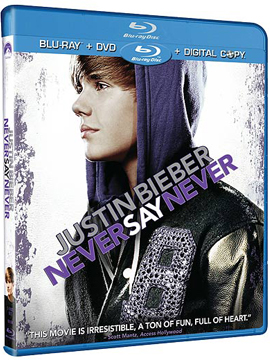 Action: Who doesn’t love a good dance movie? With moves from Jayden Smith, Usher, the back-up dancers and Justin himself, this film makes you want to get up and groove along with the music.

Romance: Of course. The doc shows clips of the “One Less Lonely Girl” that is chosen from the crowd at each concert and given roses and a public serenading from Bieber. Tears abound.

Humour: Justin is hilarious! Who knew. Always the joker backstage, Justin makes it look like way too much fun to be him (minus that mob that chases him while he tries to make a quick Segway-getaway).

Special features include looks at some of the elements from film at greater length, like his “Favorite Girl” performance, a concert dance-off with Justin and his crew and ticket giveaways to lucky fans (who cry buckets of gratitude). Also, take a look at the video of the haircut that gave Justin his new look: R.I.P. Hair Flip! 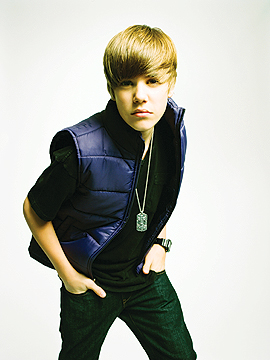 We caught up with one lucky fan, Jennifer Saunders, who appears in the movie busking with her violin outside the Avon Theatre as Justin walks by with his crew. 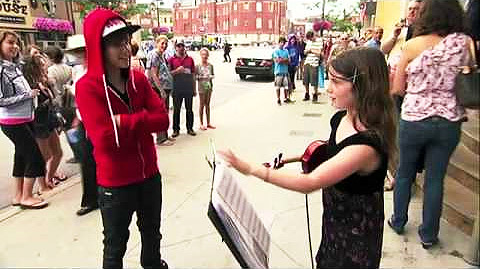 What does Justin say to you when you meet on the street?

JS: He tells me that he used to busk on the stairs, then it shows a clip of him busking when he was younger. Then he walks away and says, “Follow your dreams.”

Have his words inspired you to pursue your dreams?

JS: Yeah…. I don’t think I want to be a superstar, because in the movie you can see that Justin’s under a lot of stress. Just a concert violinist will do for me.

What did you think of the movie when you saw it?

JS: It was really exciting; I liked it. And not just ’cause I was in it… (laughs) It was a good movie.

Justin Bieber: Never Say Never is available on Blu-Ray and DVD combo pack, which includes a digital copy so you can bring it with you anywhere!