Did you know your jeans are an actual piece of history? 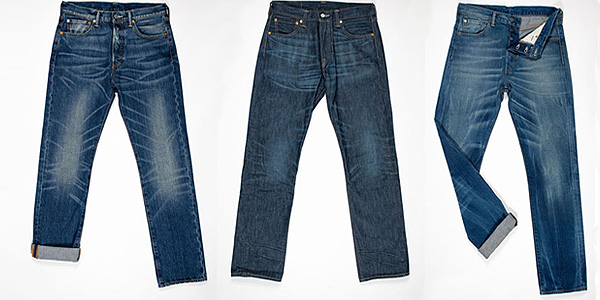 While there is a bit of controversy over which came first: denim or jean, (technically they aren’t the same) they are both linked to a European background stemming from the 1700’s. In France and England, denim was gaining popularity as a fabric that was durable and comfortable, while in Italy, jean was being made into topcoats and fine trousers for working men not engaged in “manual labour”.

In 1872, Levi Strauss, a successful dry goods salesman was approached by Jacob Davis, a tailor who improved the strength of the pants he made by adding metal rivets. Davis couldn’t afford to patent his “rivet” idea, so he asked Levi to pay for the patent application. Levi, a smart businessman, became partners with Davis and in 1873 received a patent for an “Improvement in Fastening Pocket-Openings.”

Almost immediately, coal miners in California adopted them as their “unofficial uniform”, as they stood up extremely well to the rigors of the mines. It was this connection to the mines that gave jeans a symbol of economic status that was associated with the working class.

Although “waist overalls” were traditionally made with jean, Levi and Davis chose to make their pants from denim for their comfort and durability. By the 1920’s, Levi’s® Waist Overalls were the leading product in men’s work pants in the Western states, and despite the fact that they were now being made with denim, they were still referred to as jean pants.

By the ’30s, cowboys in the U.S. had also adopted this seemingly indestructible pant. The rise in popularity of Western movies in the U.S. introduced the general public to jeans and soon every boy and man wanted to imitate their screen idols by getting a pair of jeans. The rugged lifestyle of jean wearers helped to create a jean identity.

Wearing jeans could now be used to make a “statement”. The ’60s and ’70s saw jeans reinvented and the casual look became a symbol of a care-free generation. Jeans were bell-bottomed and were often decorated with beads, embroidery, and paint. It was a statement of non-conformity. The ’80s was the rock scene: acid wash, rips, holes, and “cut offs”. The ’90s was about a neat and classic look. Jeans were literally climbing the social ladder of taste.

Jeans have made their way into our everyday lifestyle and have lost its association as a “working class” garment. Today, millions of people still wear their jeans to work—not only to the mines, but also into the boardrooms of the upper class. 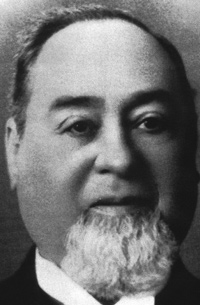 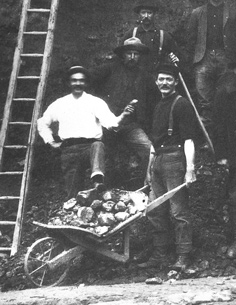 Levi Strauss and the miners that his denim clothed. 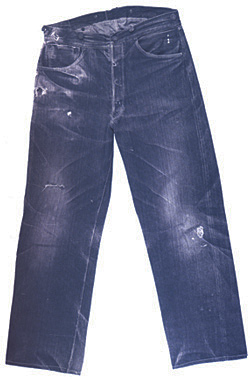 An example of the jeans that were being worn in the 1890s.

Written for Faze by Jen Ashby