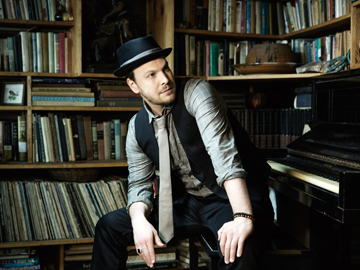 Time for a confession. When I heard Gavin DeGraw was coming to Toronto, I had a minor freakout.

You see, I spent most of my university spare time huddled up with a good friend and a great episode of One Tree Hill—the TV show featuring Gavin DeGraw’s single “I Don’t Want To Be” as the theme song (Gavin also made several guest appearances back in the day).

When my BFF and I were having our hearts raked across the coals, we’d watch OTH. When we needed a break from writing an all-nighter for an essay due the next day, we’d watch OTH. When we wanted to stare at Chad Michael Murray, (surprise!) we’d creep the net. And watch OTH. (FUN FACT: did you know that CMM is the step-brother of PLL star Troian Bellisario, aka Spencer Hastings? It’s small Hollywood world after all…)

While I resisted going all fangirl, it was still an unbelievable pleasure to sit down with the guy who wrote the soundtrack to my adolescence and continues to produce music that connects with people everywhere. His latest album, Make A Move, is currently rising in the charts.

Here’s a sample of our chat:

When we interviewed you over the phone back in the fall, you told us about how seeing Billy Joel in concert, at 15, inspired you to become a musician. Now you’ve had the opportunity to tour with him. Does he know he had such a huge effect on you?

He does now. [At one show] I was telling my story about seeing him when I was 15 in a place called Knickerbacker Arena in Albany, NY. Then we did our set. When he went on stage, he played a couple of songs. Then he says, “I’d like to thank Gavin DeGraw for coming out.” I was standing back stage, stage right so I could watch. He was facing me.

He says, “You know, I remember that show.” He makes a comment about Woodstock. He’s addressing me from the stage, talking about how he had gone to Woodstock to see Jimi Hendrix. Here’s what made it special: he was a kid going to see his idol. I was a kid going to see my idol. Jimmy Hendricks had an idol. We all have one, or someone who inspires us. Particularly, during those earlier years, where you have a really good idea instinctually of who you are, you’re just looking for direction. 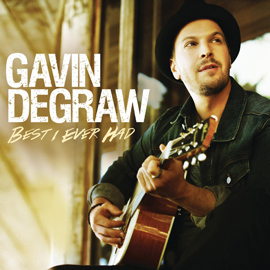 What is your reaction when other people respond to you in a similar way, saying that you’re their idol?

When someone comes up to me after a show and says, “You are my Billy Joel.” To me, that’s so heavy. Because it shaped my whole life path, based on my love of music. It’s not a job. I don’t have a job. I have a passion that became a career. It’s not just a job that you clock in and clock out. It’s an entire lifestyle. It’s something that I think about all the time. Not my quote-unquote career, but I’m thinking about music all the time.

I’ve heard you talk about all of the other jobs you had before you broke into music, like bartending…

I was a terrible bartender. I did that for like a day. I waited tables for many more than one day. I was a terrible waiter. I also walked dogs. And I was a lifeguard for years—probably the job I had the longest.

Did you find your identity as a musician because you did all of these things and they were NOT a good fit?

I knew I loved music right away. I danced in my crib. I sang in my crib. Initially I thought, as a teen, that music was selfish. That is was just something for your own enjoyment. It was too personal for it to be a job.

When I saw that concert, when I saw Billy Joel, it’s the first time that I thought, “Wow, music is medicine. Look at what it does to these people. They are absolutely being affected in a way that’s making them feel great. They feel healthier right now.” It’s absolutely medicinal. But that was the first time I regarding it that way. I thought then that it wasn’t selfish and that I could do it. And not only will I be happy, but it helps people too.

And my grandmother always told me, “Sometimes, honey, you have to find out what you don’t want first.” So having those other jobs only fueled my desire to do what I loved that much more. 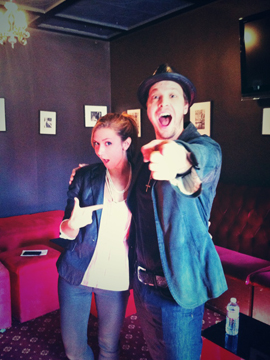 If you ever have the opportunity to see Gavin live, do it. He’s an incredible performer who brings his music to life, sounding even better in person than any studio recording could capture. He also interacts with the crowd. And has adorable dance moves (yes, that is some fangirl drool happening).
In the meantime, I leave you with my countdown of the 6 best Gavin DeGraw singles of all time.