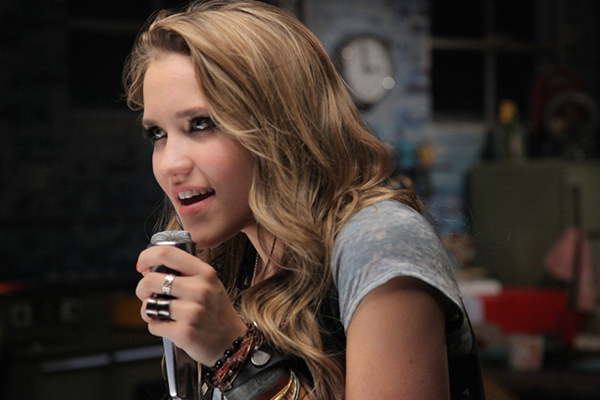 Emily Osment is probably a familiar face, as she stars with Mitchel Musso and Miley Cyrus in Hannah Montana, but now she is showing the world that she has another great talent: some sweet vocals.

She recently switched over to the music industry, which might be a little nerve-racking for some, but Emily is more excited than nervous about the change. Her first album, All the Right Wrongs, was recently released with hits like “All the Way Up.”

Although she has a lot going on right now, with acting and music, Emily says that she is good at keeping herself grounded— and having great friends around her helps!

“I was in regular high school, so I’ve dealt with everything that high school has to offer. I’ve five or six really close friends in the business, but other than that, all my friends are from high school; [they] don’t really care what I do during the day, they just wanna hang out with me.”

What’s Emily’s secret to her fabulous success? Staying true to herself!

Editor’s note: Emily Osment ended up charming us enough to make her way onto the cover the following year! Read here for the feature story!

Here’s Emily Osment singing “All The Way Up”