You walk down the school halls, trying to will yourself to be invisible, to blend with the background and escape the teasing, bad grades, and unhappy family life. Wherever it may stem from, there’s a lot bottled up—today could be the day you are sent over the edge. Then a dark thought flickers and you wonder if it would be possible not to feel anything at all. 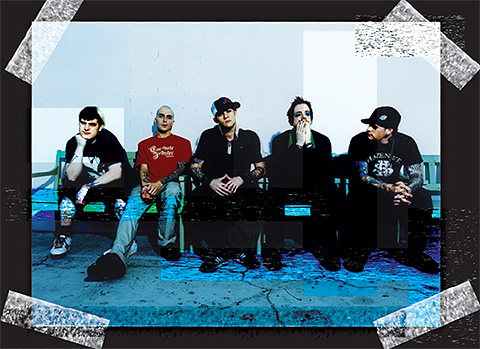 When punk band Good Charlotte released the single, simply titled “Hold On,” they opened up a dark discussion about the real effects of suicide. “The more people talk about it, the more people will feel comfortable talking about it, and maybe there will be kids that reach out and get help before they do anything drastic—like take their life,” says guitarist Benji Madden.

The band penned the song as a response to overwhelming fan letters they received which were snuck past security guards, or even passed to them through other bands. “There were so many letters where kids would say ‘I was feeling suicidal and out of place, and then I heard your record and felt like I had some place to go,’” says guitarist Billy Martin. “That happened so often that it was impossible to write every one of these kids back. It’s like a big, massive thank-you letter back to the kids for holding on.”

The song also mirrors some of the hardships faced by the band while they were growing up. Lead singer Joel Madden recalls what it was like for him and Benji, his twin. “From like 14 to 20, the teenage years were just shitty,” he says. “When I was 15, my dad left my family. We had nothing, and we were alone. I was going to school, and it was really hard. We were broke and everything. I didn’t think it could get any worse,” Joel says of the toughest years of his life.

Benji says the thing that turned their lives around was music. “I know there were times in my life where if I didn’t have music, I don’t know if I’d be here. Music is what gave me hope through so many situations in my life.”

Joel would listen to Green Day and Rancid when he felt down and out, when he felt misunderstood. “It was kinda like ‘no one understands, and no one really gets it but me.’” The messages in the music weren’t as clear-cut as “Hold On,” though.

“It wasn’t like ‘things are gonna get better,’ but it was like ‘life’s hard, but you gotta keep going.’”

Billy also sought comfort in music. “When I was a kid and I was upset, I’d go to my room and put on a CD and just sit there and be like ‘one day when we get signed… one day when I get to be like that… everything will be perfect.’”

The guys admit that although riding a wave of success is a dream come true, money still can’t buy you happiness. “You always think that getting your dreams will fix everything, but it doesn’t,” says Benji. “Actually, you put all this stuff on the back burner and it gets worse,” he says of becoming distracted by work from dealing with hidden issues like isolation, depression, and suicide.

The band tackles all these different issues in their album, The Chronicles of Life and Death. “This album is very personal in a real way of who I really am and how I really feel,” says Joel. “There’s someone out there that feels the same, that feels alone, that doesn’t really like themselves, that doesn’t feel they can be loved—and that’s me. And through the songs, they can relate.” 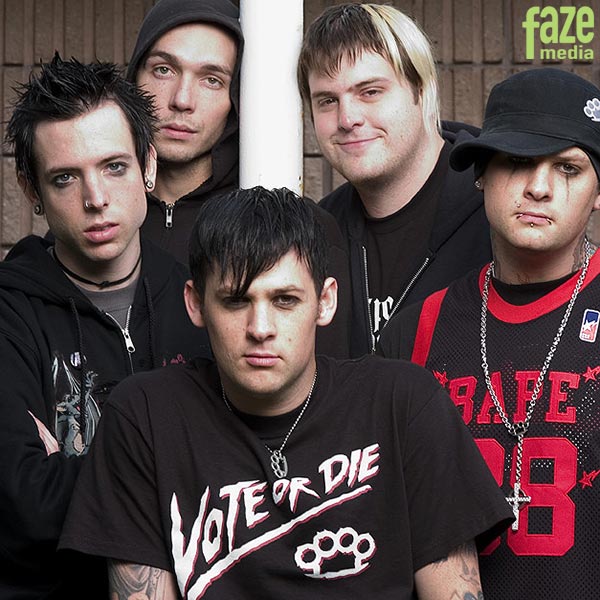 “A lot of kids are also not only embarrassed about it, but sort of maybe in denial about it,” warns Billy. “Kids don’t want help from other people because they think ‘if I admit I have this problem everyone’s gonna think I’m weird.’” Around the age of 13, Billy’s mother suspected he was depressed and wanted to take him to therapy because she was afraid he was suicidal.

“I definitely never contemplated that far, but I know there are points when you feel like you don’t fit in and you only have your one friend at school or something… and you spend all of your time at home and stuff. I know my mom would come to me all the time and say that, and I’d be like ‘Therapy? I’m 13; I don’t need to go to therapy. That’s crazy!’”

Though he wasn’t so critically over the edge, Billy encourages being open if parents or friends approach you. “Let the people that love you help you because obviously they’re coming to you because it’s out of desperation, and they feel like they’re seeing a difference, and they really want to help.”

“I came to a point, it wasn’t that long ago, where all my dreams had come true, I had everything I could ever want,” says Benji, of achieving a seemingly perfect life. “It was like ‘I’m here!’ and everything is supposed to be perfect.” But it isn’t. “It’s a constant struggle you’re gonna have to work through your whole life,” agrees Billy. Joel admits, “I’m still working on myself as a person. I don’t think it’ll ever end.” But there’s a silver lining for him. “I feel more confident in myself. I’ve been through the worst.”

Is there a magic path to happiness and success? Billy believes in finding what truly makes you happy and using it as momentum against negativity.

Benji also realizes that life is always going to have its ups and downs. “It’s just all about surrounding yourself with the people that you love and just doing things that you love to keep you going,” he says.

He also copes by creating music. “We write songs for ourselves, and as much as they are for fans sometimes, a lot of the time we’re trying to encourage ourselves.” As for Joel, he says, “We care about all those kids, and it hurts us when they end things because it does get better. I’m living proof.”

PLACES YOU CAN TURN