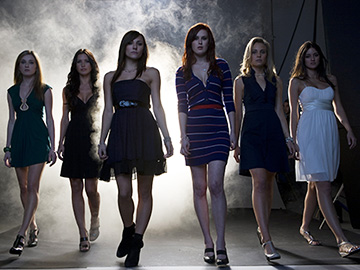 In keeping with the remake/sequel-loving ways of Hollywood executives, Sorority Row  is a remake of the classic 1983 slasher movie The House on Sorority Row).  The film follows six close friends, all college seniors, who belong to the sorority Theta Pi, which is organized by Mrs. Crenshaw (played by Carrie Fisher, star of the original Star Wars movies). After one of the girls, Megan (played by Audrina Patridge from The Hills) discovers that her boyfriend is cheating on her, the group decides to pay back his cruel behaviour with an even crueler prank. They stage Megan’s death and make him think it’s his fault and then lead everyone on a pretend “cover-up.” But what was once just a practical joke turns serious all too quickly, and the girls find themselves covering up Megan’s death in real life.

Eight months later, a hooded figure shows up, seeking bloody revenge for the murder they swore to never speak of again. And maybe none of them will get the chance… 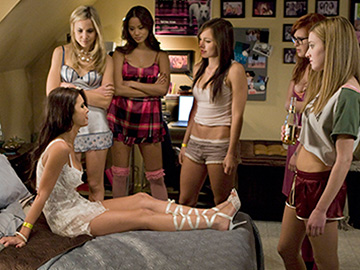 When Audrina Patridge came into town Faze was asked if we’d like to spend a little one on one time with the reality-tv turned movie-star! Of course we did! 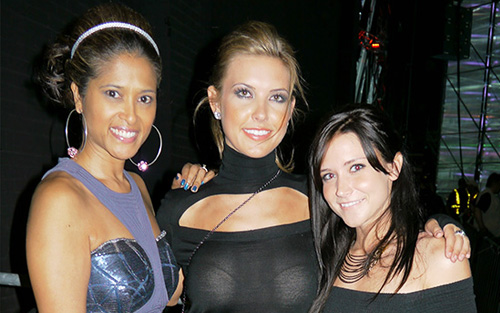 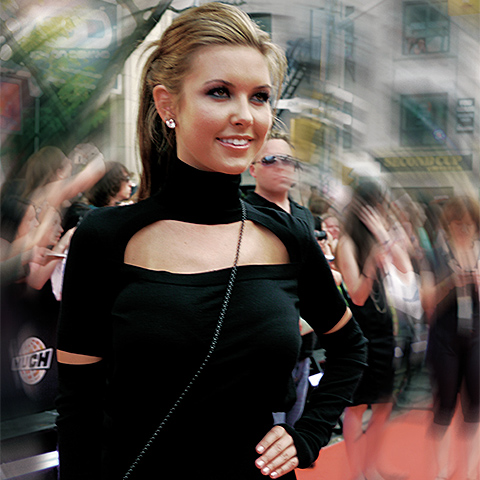 Audrina on the red carpet at the MMVAs

Faze: What was the experience of filming like for you?
Audrina: Oh well the first week I was there, we filmed during the night time, so we all slept during the day and then we filmed from 4pm-7am. And we were outside in the middle of nowhere and it was 20 degrees in Pittsburgh. It was freezing. We had to make it look like it was summertime and walk around outside. The entire crew is in jackets and hoodies and they have warmers, and we’re walking around in lingerie and heels. In one scene I had the fake blood coming out of my mouth and pumping out of the side down through my top and it was so cold and gooey and sticky. But I mean, it looks amazing, so it’s all for the part.

Faze: Have you ever been a part of a sorority or have you ever wanted to be?
Audrina: I’ve never been in a sorority but in high school, it did cross my mind once or twice. So filming this movie, all these girls were together and we all had great chemistry and we all bonded. There was no catty-ness or anything.

Faze: With such a busy schedule, how do you keep yourself on track?
Audrina: My manager! She keeps me on track and makes my schedule. I work with her and my publicist and it’s one thing after another. I’m really busy right now, but it’s good.

Faze: How do you make time for friends and for family and stuff like that with everything going on?
Audrina: All my family live like 30 minutes away, so I go directly to my parents house when I have days off and just kind of hang out at the house and be lazy and watch movies with my family.

Sorority Row is out on disc and digital—so check it out! 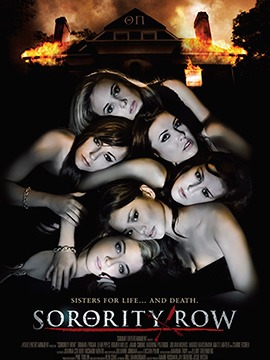 Here’s the trailer for Sorority Row:


One thought on “Sorority Row: Audrina Patridge Jumps To The Big Screen”