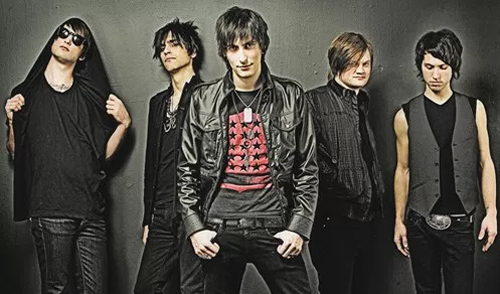 Even before THE ENVY became a band, all the members (Shaun, Steve, Bodan, Jonny and Izzy) were in bands of their own. Steve even admits to being a “band geek” in high school. Interestingly, both Steve and Shaun were drummers before they were guitarists. But the guys knew the band was a good fit when Steve met Shaun, heard some of the songs he was writing and found he couldn’t get the sound out of his head. Thus, The Envy was born. They are currently on tour with The Midway State, promoting their album Don’t Let Go.

Wonder what they give each other before every show for good luck? Shaun reveals: “Everyone does double high-fives. And I don’t know why that started—it’s kind of a weird ritual, actually.” Way to keep it nice and 80s, guys!