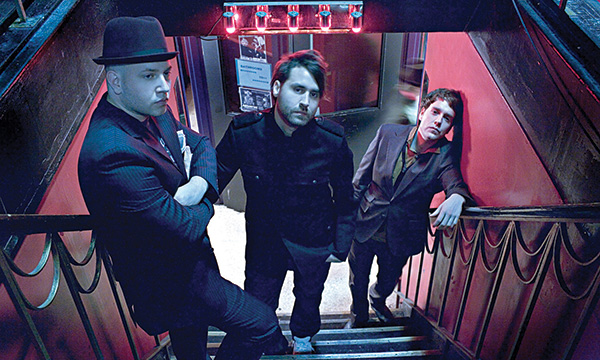 “I don’t think we went into it thinking about the fact that people know us now, as opposed to before,” says Brad Germain, vocalist/guitarist of Hamilton, Ontario’s The Marble Index, while weighing the idea of whether it’s tougher to make an album after establishing a large fan base.

Over two years removed from their 2004 self-titled debut LP, TMI—Ryan Tweedle (bass), Adam Knickle (drums), and Germain—came back with Watch Your Candles, Watch Your Knives. Within the 12-track collection, TMI’s musical output has matured while maintaining a youthful exuberance. The album shows that the band isn’t afraid to let their scale of sounds balance out between radio friendly rock tracks like “Same Schools,” and the rambunctious “All That I Know,” with its spastic guitar strokes.

Perhaps the most important element the new album adds to TMI’s repertoire is a more diversified live set that the band didn’t have the luxury of expanding upon last time around. But as “monotonous” as playing can become, Germain never loses sight of what is important: the audiences.

“You just have to remember that even though you’ve played the same song 5,000 times, you’re probably playing it to somebody who’s probably never heard it live before,” he explains. “So you have to keep that in mind and stay true enough to what the song is on the record.” 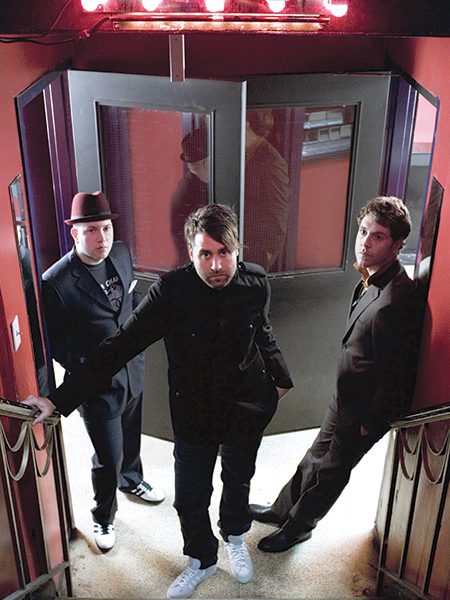 Coming up: TMI will be touring North America and Europe over the next few months.

Here’s The Marble Index and their video for Same Schools