Nicotine sits in a rather unique place in the society and the tobacco industry. First of all, it is a highly addictive drug, yet it’s legal, easily accessible and socially acceptable or even encouraged. Secondly, tobacco companies could never gain profit and would simply cease to exist without nicotine. Although many people don’t start smoking for the pleasurable effects of this chemical, the vast majority find themselves unable to quit because of nicotine addiction.

Nicotine is an incredibly fast-acting chemical that has features of both a sedative and a stimulant. When inhaled, it reaches the brain within 10 seconds and affects the production of certain hormones and neurotransmitters in the body. Specifically, nicotine triggers the release of adrenaline and inhibits the production of insulin. Lower insulin levels result in increased blood sugar, and together with the adrenaline, it improves awareness, dulls pain and makes a smoker feel more energetic. Nicotine also boosts the production of dopamine, a neurotransmitter, responsible for the feeling of pleasure. Dopamine makes the brain recognize nicotine as a positive influence and urges a person to repeat the experience. Hence, an addiction develops. 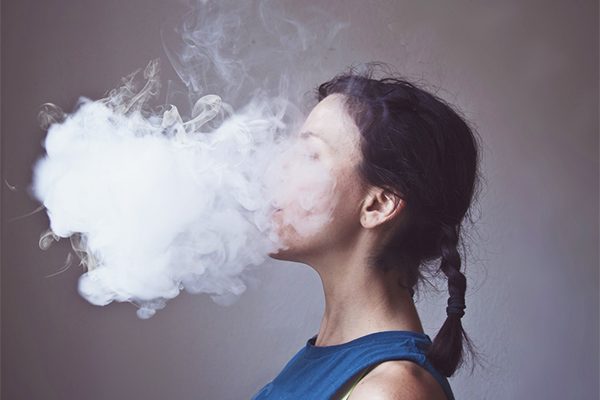 Vaping as a form of nicotine replacement therapy

Although e-cigarettes (more information here) aren’t officially accepted as a form of smoking cessation aid, they were initially created with that precise intention in mind. In the early 2000s, a pharmacist from China named Hon Lik invented the first modern e-cig, and it came to the US in 2007, challenging all outdated impressions of how cigarettes were supposed to function. Lik used to be a heavy smoker himself and lost his father to lung cancer, so his primary motivation was to create a device that would allow smokers to consume nicotine without encountering other harmful substances contained in the cigarette smoke.

Nicotine can be found in any regular or electronic cigarette, cigar, pipe and in oral tobacco. Overall, smoking leads to more than 480,000 deaths in the US and around 6 million deaths worldwide per year. That number is largely influenced by aggressive marketing campaigns and nicotine addiction, but peer pressure and general acceptance of smoking by society also make a great contribution. It’s possible, however, that the destructive trend of smoking can be combated with a new fashion trend of vaping.

The process of combustion, required to burn tobacco, facilitates the formation of new substances. This is why cigarette smoke is rich with carbon monoxide, tar, and around 4000 other chemicals. Contemporary vaporizers, however, don’t need combustion and thus reduce the harm by at least 95%. Temperatures, used to produce vapor, are significantly lower than those in conventional cigarettes, which leaves the composition of e vapor the same as the composition of the liquid being heated.

The addictive nature of nicotine results in moderate and severe withdrawal symptoms. This is why so many people struggle to stop smoking and fail. It takes time to break the habit, and gradual reduction of the exposure to nicotine over time is more beneficial, both physically and psychologically than abrupt quitting. Vaporizers provide a way to control the concentration of nicotine in the e-liquid, and while the level of their safety is still debatable, it is undeniably healthier to vape than to smoke.