My memory being as it is, I was never a great fan of names and dates. History, I now realize, is not so much about dates as it is about people. Real people who lived and made changes.

Like most in my generation, I acknowledged the passing away of Canada’s former Prime Minister as a momentous event, the making of history.

Nevertheless, I felt no personal connection or grief towards Canada’s loss.

In fact, I feel that I did not really begin to understand who Trudeau was and what he stood for until after his death, at which time I began looking into the changes he brought to Canada. What I discovered surprised me. 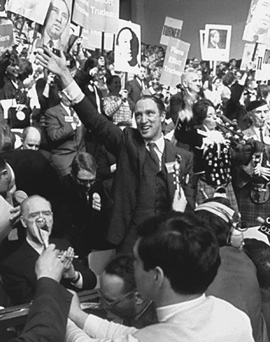 When Trudeau-mania swept our land, the majority of his admirers and supporters were young high school or university students. He instilled in most youth an interest in politics, unlike any Prime Minister before him. Television images of a younger, healthier Trudeau surrounded by throngs of young supporters run through my mind. He possessed what we could today define as, “Attitude.”

He wore sandals in Parliament, slid down banisters, dated celebrities and gave protesters the finger. He also married a woman half his age, swore in Parliament, and was so bold as to perform pirouettes behind the Queen’s back! In short, Trudeau emitted to many teenagers an attractive glow of rebellion, sprinkled with prosperity, fun, success, and sex appeal.

His presence was to radiate a certain charisma, class, and style, that both charmed and obsessed Canadians.

Yet, while some believe that Trudeau inspired Canadians to, “be the best they can be,” others are opposed to how he has been glorified in the media. He was considered by some to be arrogant, irrelevant, and selfish. He suffered just as many enemies as he enjoyed faithful followers.

Despite opposition, Trudeau managed to achieve many impressive accomplishments during his lifetime. He made French an official language during his first term. He is responsible for French Immersion education in schools. He presented us with his ideal of a ‘Just Society’ through his Charter of Rights and Freedoms.

Trudeau’s Charter, signed in 1982, presented Canadians with fundamental freedoms, voting, equality, language, and aboriginal rights as well as gender equality and rights for the accused. Canadians were given freedoms of conscience, religion, thought, belief, opinion and expression. The Charter also encouraged freedom of the press. Life, liberty, and security were the goals of this Charter and Trudeau’s basis for a just society.

Though Trudeau’s memory in the minds of many Canadians hold feelings of both contentment and contempt, it seems that most will agree that Trudeau generally loved and cared for all Canadians as a country and as individuals. The smiles, the notes, the handshakes, and the acknowledgements all helped leave Canadians with a sense that their former leader truly cared.

Though Trudeau’s media coverage has significantly vanished, the country continues to mourn his passing. The hearts of the old resonate with memories while the hearts of the young beat respectfully at the silent knowledge that many aspects of our lives are a direct reflection of who Trudeau was and what he believed. 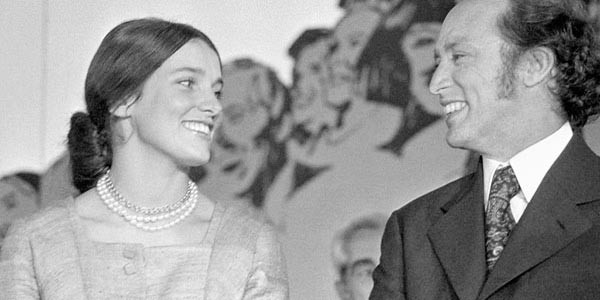