There were normal teens in typical towns dealing with abuse in their relationships long before singer Chris Brown infamously bruised and battered Rihanna’s face in a pre-Grammy incident in February 2009. A subject that had always been taboo, relationship violence had finally fallen into the media realm with two teen heartthrobs who seemed to be the picture-perfect couple. 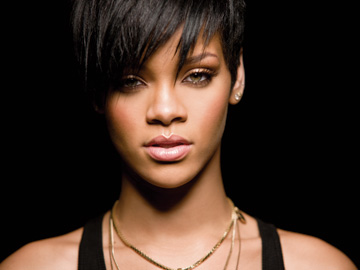 As shocking as this altercation was, more shocking still is how commonplace these types of relationships are for teens across the country and around the world. In fact, one in three teens experiences some kind of abuse in their romantic relationship (whether verbal, emotional or physical), meaning at least one person in your group of friends could be privately dealing with this painful reality.

Over a year after the Chris Brown/Rihanna incident, the scenario of domestic abuse is played out time and time again in music and on television. Think “Love the Way You Lie” by Eminem and Rihanna, “Bad Romance” by Lady Gaga and “Misery” by Maroon 5. Popular teen drama, Degrassi, even dealt with the topic of dating violence in its latest season.

But before the news reports hit the airwaves, before the final edits were done on the new music video and before the first episode was even filmed, there were quiet stories—stories of real teens, living in a daily nightmare. And knowing where it begins is half the battle of knowing how to stop it—before it becomes front-page news.

Sarah Collins* is still struggling with the effects of an abusive high school relationship. She met her boyfriend, Anthony*, when she was 16 and it took her almost 2 years to realize she had to get out.

Sarah insists that “abuse” still sounds like such a harsh and dramatic word to her, but any kind of control, manipulation or intimidation certainly falls under this category.

Her relationship began in a similar way to most girls suffering in the same scenario. “He seemed perfect at first, too good to be true really. It was my first time in love, and I really thought that this was what a relationship was. What love was.”

By the time Sarah was absolutely enthralled with Anthony, he began to comment on her clothing choices, suggesting that she change before dates as her outfits were either “too revealing” or she was dressing “to get other boys’ attention.” 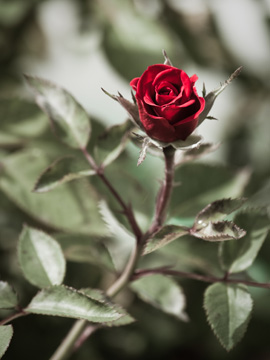 Anthony’s jealousy and demeaning comments escalated to the point where Sarah would feel absolutely worthless by the time they went out to meet their friends. “Because he was so friendly in public there was no way that people would have suspected anything. Everyone thought he was such a great guy,” she recalls.

His behavior became more aggressive over time, and verbal abuse was a daily occurrence if she looked or talked to any other guys, if she didn’t answer her phone when he called or if she wasn’t home when she said she would be.

When Sarah complained to friends about him and they warned her that this was not normal behavior, she would always jump to his defense, explaining that they didn’t really know him or didn’t understand the seriousness of their relationship. Her parents, terrified of losing her if they forced an end to the situation, tried to offer what support they could, but she says now that there was no way she would have even recognized her relationship as troubled—she had lied to herself too well.

Coming up to their two-year anniversary, Sarah was regularly dealing with frightening incidents. Anthony would shake her, push her, throw things at her and begin driving off before she was all the way out of the car.

Because the only examples of “abuse” she had been shown were horrific scenes of blood and bruises, she thought surely there were girls with worse situations, this wasn’t so bad. “I was scared to be in it,” she says, “but I was more scared to get out of it.”

Sarah’s feelings are not uncommon. Many teens in the same situation do not recognize their relationships as abusive. They downplay their partner’s behaviour by comparing it to worse circumstances and maintain the expectation that things will improve—that it is temporary. These types of thoughts are coping mechanisms, as the victim tends to feel that once they have admitted to the reality of their circumstance they must involve family, friends, or in some cases, the police. The fear of ending the relationship is also typical; in fact, thesafespace.org reports that “nearly 80% of girls who have been physically abused in their intimate relationships continue to date their abuser.” This is likely due to the opinion that a break-up will heighten the abuse.

Sarah was urged by her family and friends, but their concern didn’t seem to work. It took the advice of an older boy—a 20-year-old who had transferred into one of her classes to finish his last high school credit—to set her straight.

“There were stories going around the school. People started to know how Anthony was treating me. This guy came up to me one day and said that it wasn’t right, that he shouldn’t be treating me that way. I was so surprised to hear it from someone unconnected to me, someone older and someone male. That’s when I knew it had to end.”

The break-up is often the event that provokes the most violent episodes, so Sarah knew she wanted to do it over the phone in the safety of her own home and with the support of her parents.

It took more than one phone call for Anthony to understand that she wanted out, and after several months of following her at school, at work, at home, she had to threaten a visit from her dad to get him to finally give up.

Sarah recognizes that her outcome was less physically harmful than some, but she feels strongly that it would have continued to intensify had she not broken free. She explains that it has taken her years to admit to herself that the relationship with Anthony was categorically “abusive,” and she is working on forgiving herself for “letting it happen,” indicating that she still feels responsibility for a situation that was not her fault in any way.

There is a great deal of guilt associated with abusive relationships, as the abuser tends to instill a sense of deserving in his or her victim. In Sarah’s case, Anthony made her feel as though she was dressing a certain way to attract other guys, or ignoring his phone calls when “he needed her.” He simply made her feel as though her behaviour provoked his anger, until she would end up apologizing to him. Although there is absolutely no behaviour that could justify abuse, the guilt he instilled in her remains long after the relationship.

Sarah knows that those two years have shaped all of her subsequent relationships, and she has made it a point to stay single until she knows herself well enough to trust again.“No matter the severity of the abuse, it will always carry residual effects, and it’s the emotional part that’s the hardest to get over,” she says.

Although some say that new media is playing a part in glorifying the topic of relationship abuse, Sarah is delighted that the topic is so much more prevalent for teens these days. “The more the message is shown to you through TV, internet, music videos and magazines, the more chance there is to recognize a problem in your own situation. It can only do good things to talk about it.”

Sarah did not have these resources available to her, and she insists that this knowledge will lead to power. If she has one message it’s to “listen to your friends and family, and listen to your intuition—you always know when something is wrong; you just need to find the courage to admit it.” 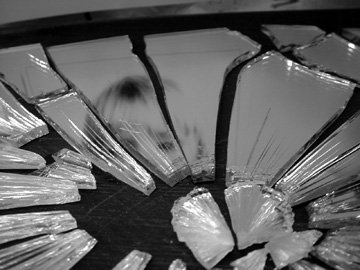 How to recognize the beginnings of abuse

Be cautious of someone who…

-calls to check up on you, is overly possessive and/or jealous
-follows you around
-loses interest in their own activities to become more involved with you
-attempts to isolate you from your friends (both male and female)
-discourages you from outside interests and activities you enjoy
-needs total control and makes all the decisions
-decides your future, even if you don’t agree
-can’t settle differences with words
-uses alcohol or drugs as an excuse for their behaviour

*names have been changed
Photography ©Meeno 2008.