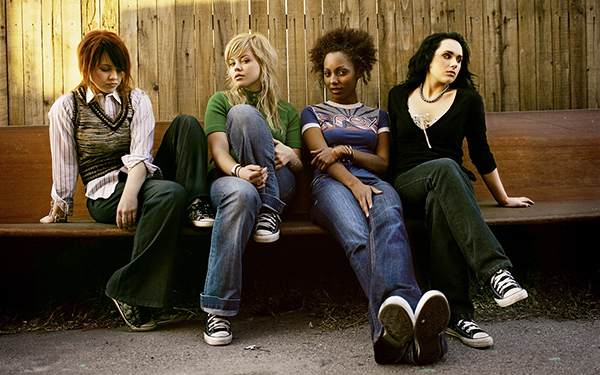 “We’re just like any other band, we just started a lot younger,” Tasha-Ray Evin told Faze along with Lacey-Lee Evin, Louise Burns, and Alicia Warrington of the hot pop-rock band Lillix. The authenticity of their band is important to them, as they were not ‘spiced’ by a svengali or cast on a reality show. Like a true rock band, Lillix was formed by friends (and sisters) who decided to write music and jam and gig as much as they could. But while most bands form in high school or university and do the bar circuit, Lillix formed when the youngest member was 9-years-old. They scrounged for money to pay for their instruments using parental cash and collecting and returning pop bottles. When in their mid-teens, they were flown from their Cranbook, B.C. home to the States to audition in front of Madonna, who signed them right away. Now on Warner Records, the band continues their spitfire growth with their second album, Inside the Hollow.

The band admits their label chose the producers on their super-shiny first album (including Avril Lavigne’s uber-popster team, the Matrix), but Lillix were able to choose their own producer for their second album. They clicked with Jeff Saltzman, who produced the Killers’ killer debut retro-rock album Hot Fuss. Armed with a producer who understood them, Lillix created their new album with a single nurtured vision.

The new songs maintain the irresistible hooks and infectious melodies of the first album, but the rest of Inside the Hollow—from the music and lyrics to the vocals—re-introduces Lillix as a tougher, grown-up band ready to rock fans of all ages. The band considers Inside the Hollow to be their true debut of who they are as a band. Finally able to release a record that allows them to be themselves, it’s fitting that the overriding message of their album is that people should always be themselves. With the new album sure to blast their already out-of-the-box splash into deeper orbits of success, we just wish we were Lillix.

The group: Lillix, a pop-rock band from Cranbrook, B.C., made up of four hot, young women with the feisty souls of old-school rockers. 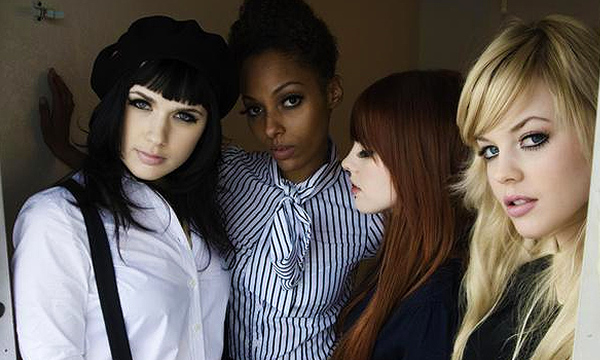